The preparations for the unique Bourbaki-congress in Murols, start already in La Tribu 32 (fall 1953). On page 3:

“Summer 54: To suit Phileas Chevalley, Sammy Fogg and eventual Mexicans and Colombians, this Congress will be held from August 17 to 30. Samuel will look for a hotel in Auvergne, but everyone is asked to also prospect the hotels in his region.”

One should recall that the ICM 1954 was held in Amsterdam from September 2nd-9th. It was convenient for Chevalley and Eilenberg (who were in the US) and for possible more foreigners to have Bourbaki’s summer congress just before the ICM.

(Of course, Phileas Fogg is the main character in Jules Verne’s Around the World in 80 days.)

Probably because of this, extremely detailed travel instructions were given in La Tribu 33 (page 2):

If you follow this route on the map, you’ll know that the congress was not held in Murols (departement de l’Aveyron), but in Murol (departement du Puy-de-Dome).

This time we do not have to search long for the place of venue as Hotel des Pins a Murol is still in operation. 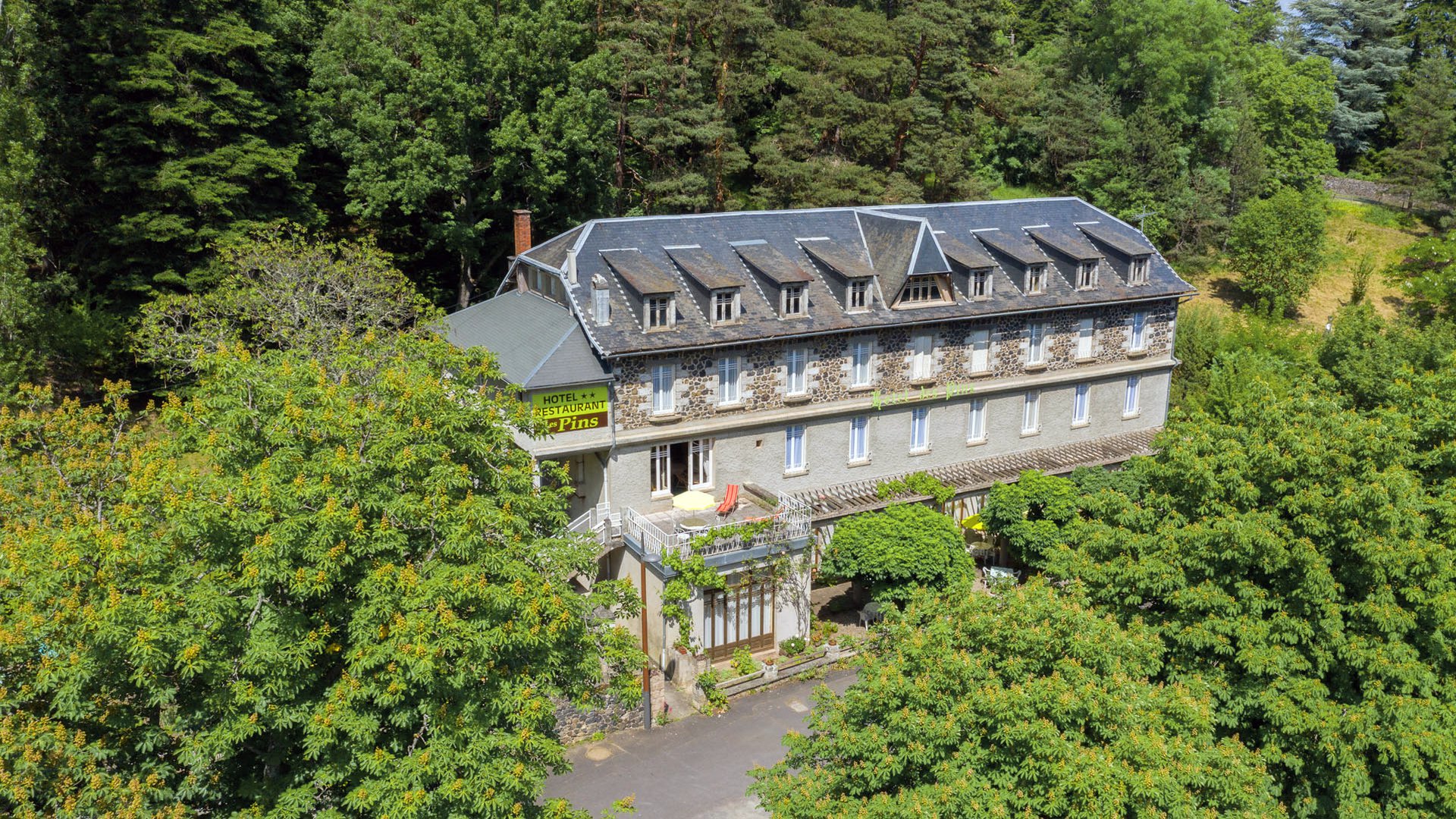 Note the terras on the first floor, and the impressive line of trees in front of the hotel.

At first I felt frustrated as I couldn’t figure out where this well-known photograph of the Murol-meeting was taken. 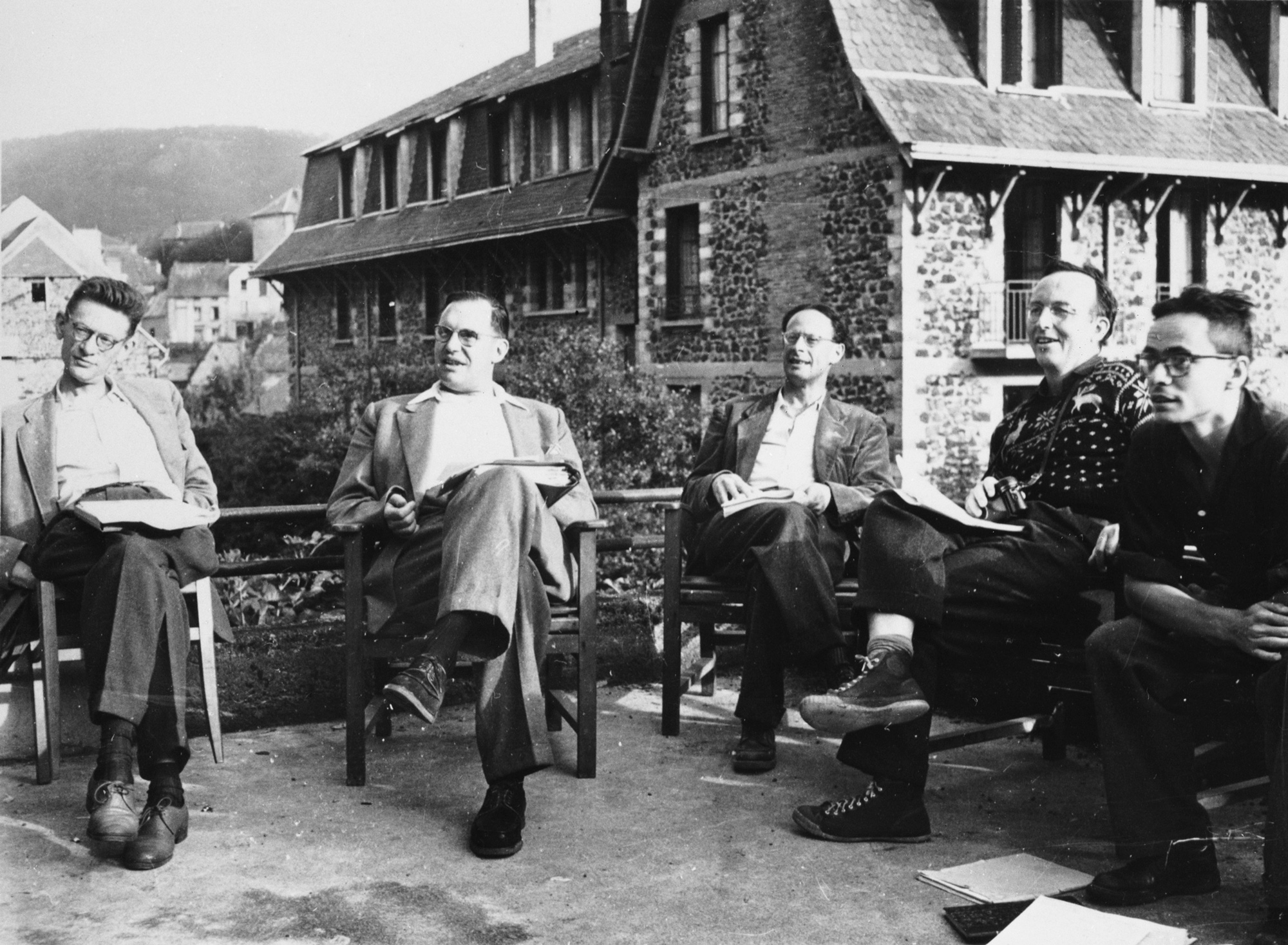 From left to right, Godement, Dieudonne, Weil, MacLane, and a smug looking Serre (he knew he would be awarded a Fields medal in a few days time).

Today it is impossible to have this view from the hotel-terras because of the trees in front. Still, the picture was taken from the terras, and the imposing building in the background is the late Turing Hotel in Murol.

Here’s a picture of it with the Hotel des Pins in the background. We’ve encountered the Murol-congress before on this blog when trying to piece together the history of the Yoneda lemma (Iyanaga was Yoneda’s Ph.D. advisor, and probably on his advice MacLane met with Yoneda in the Gare du Nord to hear about his lemma).

On MacLane’s role as ‘efficiency expert’ we have this in La Tribu 34:

“Frightened by the disorder of the discussions, some members had brought a world-renowned efficiency expert from Chicago. This one, armed with a hammer, tried hard and with good humor, but without much result. He quickly realized that it was useless, and turned, successfully this time, to photography.”

As we’ve seen in Amboise and Pelvoux, Bourbaki likes to have His summer venues close to places of great sentimental value.

As always, this asks for a little pilgrimage. From La Tribu 34 (page 2):

“Despite the incessant rain, Bourbaki was attracted by the waters, and went to explore lots of Auvergnian lakes. Besse and its Lac Pavin were naturally entitled to a pilgrimage. Courageous founding-fathers and lower-members, braving the rain and fog, rushed across to the lake of Guery where their dripping pants aroused the suspicions of a bar maid, and beat the motorized elements there by several lengths. Others swam and rowed. Even the Japanese were entitled to their lake.”