Pelvoux is a former commune (now merged into Vallouise-Pelvoux) in the Hautes-Alpes department in the Provence-Alpes-Côte d’Azur region in southeastern France. No less than five summer-Bourbaki congresses took place in Pelvoux:

Bourbaki’s Diktat of the 1951-meeting tells us:

“The 1951 Ecumenical Congress will be held at the Hotel d’Ailefroide, Pelvoux-le-Poet (Hautes Alpes), from June 25 at 10 a.m. to July 8 at 6 p.m. The recommended means of communication are:
A) The train, Briancon line, get off at Argentiers la Bessee then the bus, direct to the hotel.
B) plane, boat, helicopter
Please do not confuse the Hotel d’Ailefroide in Pelvoux-le-Poet with the locality of Ailefroide which is elsewhere.”

You can still book a stay at Le Chalet Hotel d’Ailefroide in Pelvoux, but we will see that this is not the place we are looking for.

From the history of the Rolland family in Ailefroide:

The ‘Hôtel d’Ailefroide’ in Poêt no longer functions as hotel, but some old postcards of its circulate on the web: 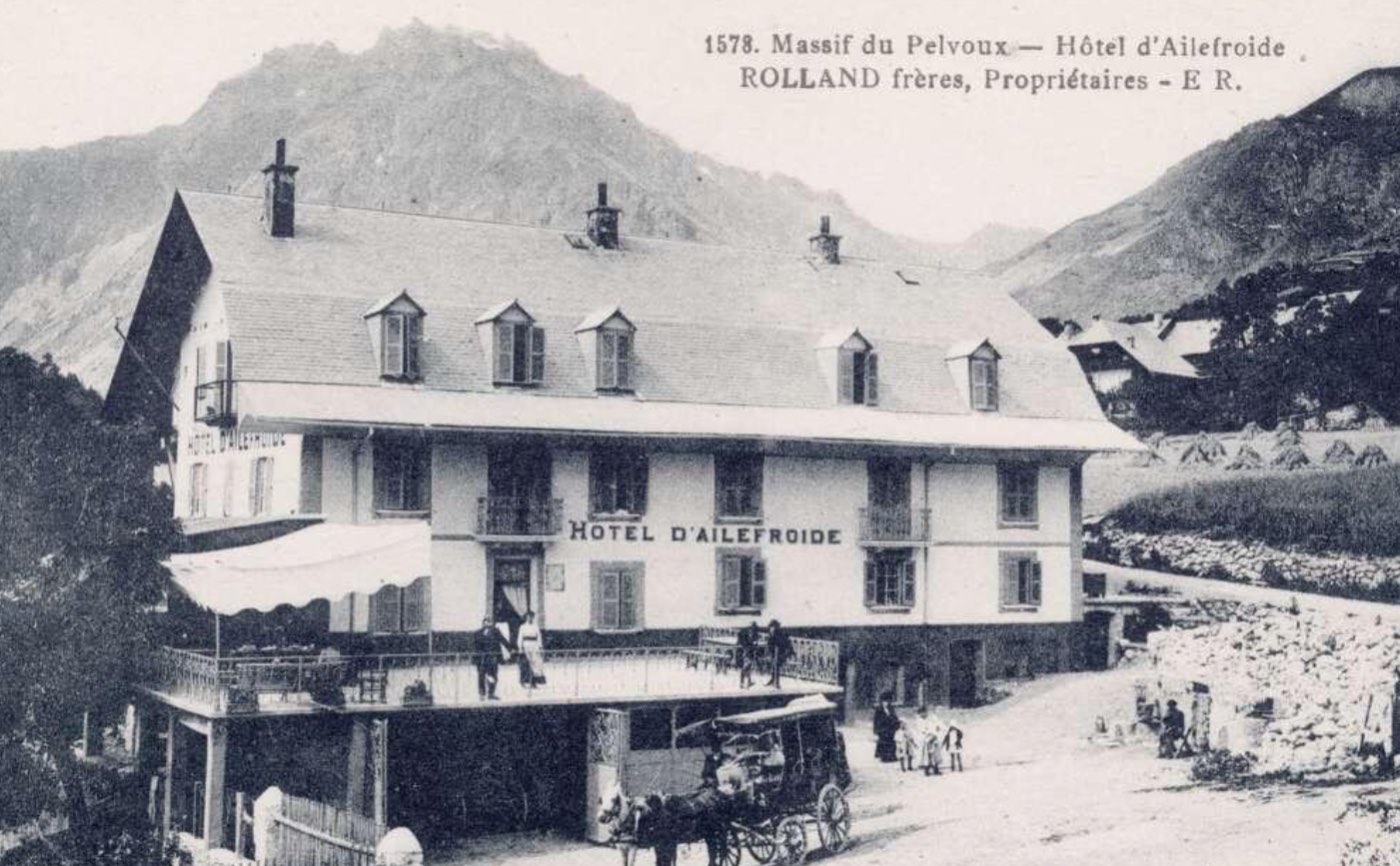 To convince ourselves that this is really the place of venue of the Bourbaki-congresses, compare the balustrade of the terras, and the main entrance door of the Hotel to these two pictures taken at the 1951-conference: 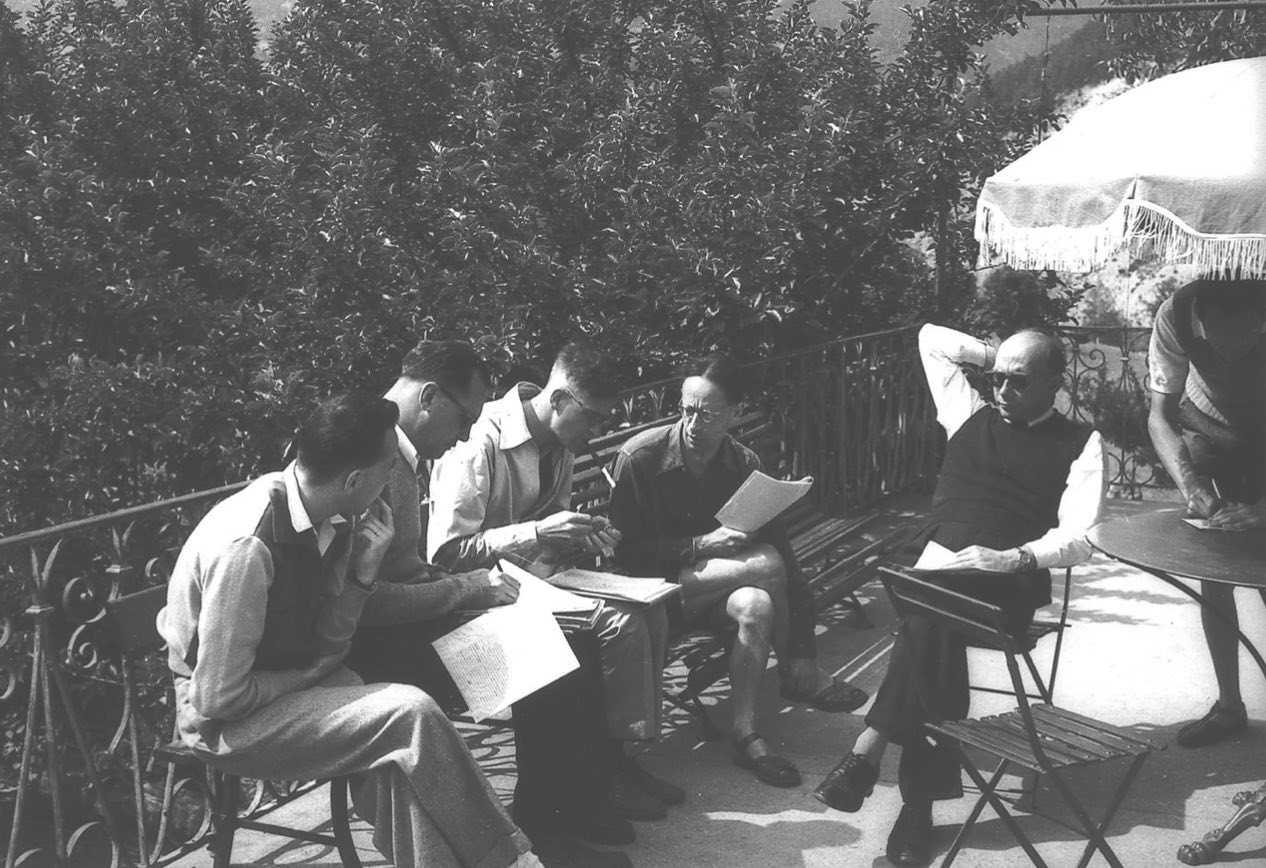 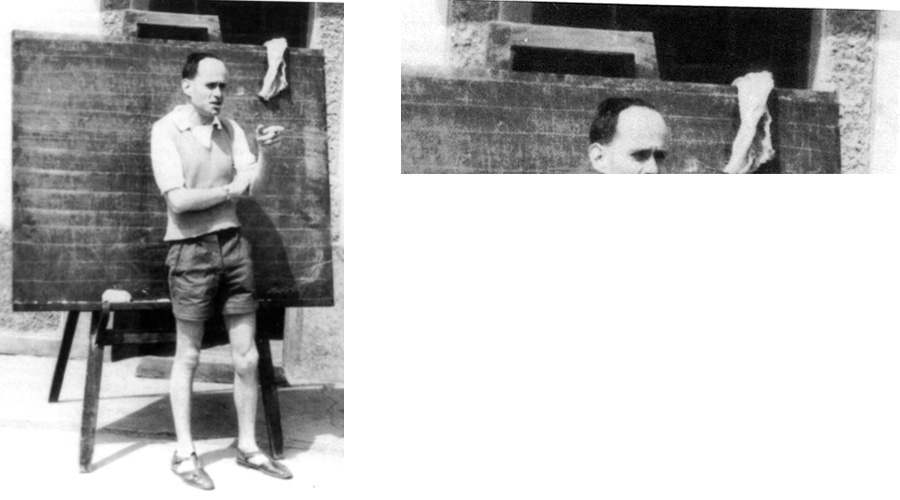 We’ve seen that in Amboise, Bourbaki made pilgrimages to Chancay. When in Pelvoux, He made a pilgrimage towards Les Bans, where Herbrand fell to his death.

Jacques Herbrand was considered one of the greatest younger logicians and number-theorists when he fell to his death on july 27th 1931, only 23 years old, while mountain-climbing in the Massif des Ecrins. He was awarded a Rockefeller fellowship that enabled him to study in Germany in 1931, first with John von Neumann in Berlin, then during June with Emil Artin in Hamburg, and finally with Emmy Noether in Göttingen.

Herbrand was a close friend of Andre Weil and, in particular, of Claude Chevalley. From Chevalley is the quote: “Jacques Herbrand would have hated Bourbaki”.

In the summer-vacation of 1931 he went mountain-climbing with a couple of friends in the French Alps. They set off from Le refuge de la Pilatte

and took the normal route to the south summit of “Les Bans” (the blue, followed by green track in the map below). A more detailed description of the route and its difficulties can be found here. 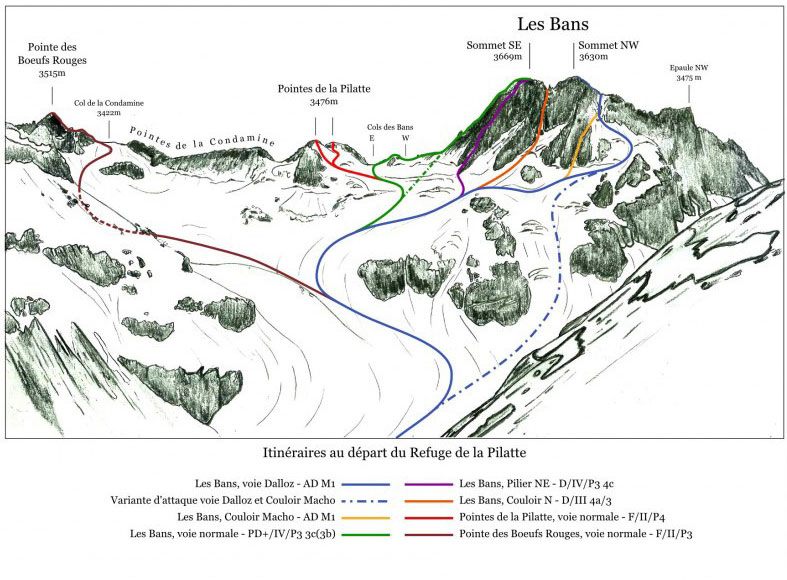 They did reach the summit, as illustrated by this classic picture of Herbrand (in the mddle) but the accident happened in the descent. 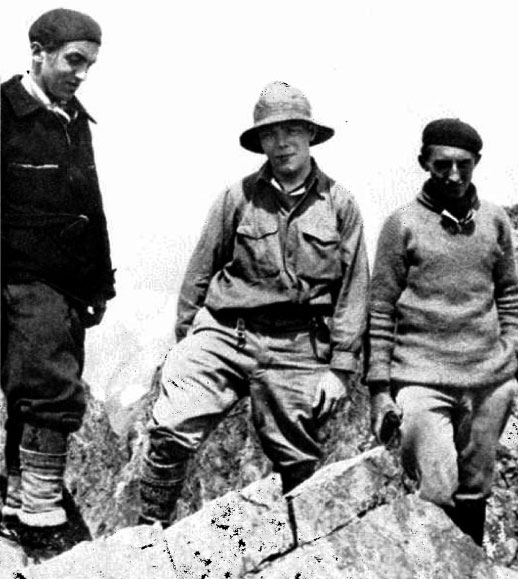 The French mathematical society has donated a commemorative plaque to the chapel of Notre Dame des Neiges in La Bérarde.

For much more information, see this excellent article by Mathouriste.

From La Tribu 25 (translated by Maurice Mashaal in Bourbaki, a secret society of mathematicians, page 108):

“In addition to the regime imposed by the High Commisions, a terrible schism threatens Bourbaki, that between the mountaineers and the couch potatoes. Faced with an alpine valley, one person is afraid of snow and makes a dash for the Tropics, another rebels against ‘these horrible mountains, enormous masses lacking formality and structure’, a third, motorized, is surprised by the insistence of the mountaineers to be driven to the bottom of each and every valley and abandons them to their sad fate. On the other hand, a delegation representing all ages and ranks sets off to survey glaciers and neves, defy crevasses and mountain sickness, and plant Bourbaki’s flag above Refuge Caron, at 3160 meters.”

Mashaal’s book also contains a picture (copyright Archives Association de N. Bourbaki) of the delegation of mountaineers, taken on Wednesday July 4th 1951, with the Barre des Ecrins in the background: 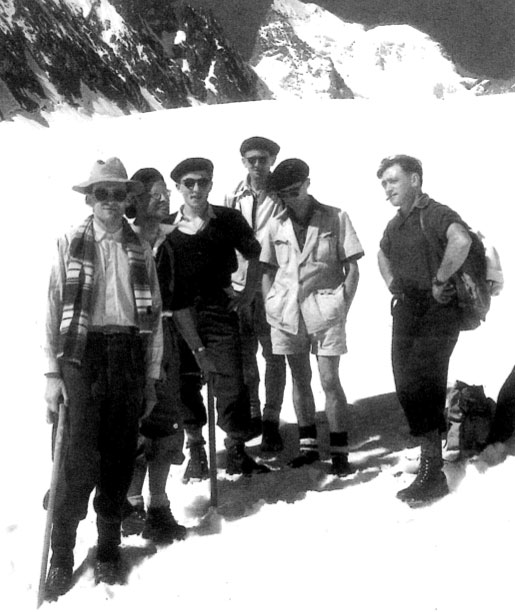 I’ll let you figure out who Bourbaki’s couch potatoes were.

As we are on a mission to find all places of Bourbaki congresses in the 50ties, does the building of the ‘Hôtel d’Ailefroide’ in Pelvoux-le-Poêt still exists, and what is its exact location? 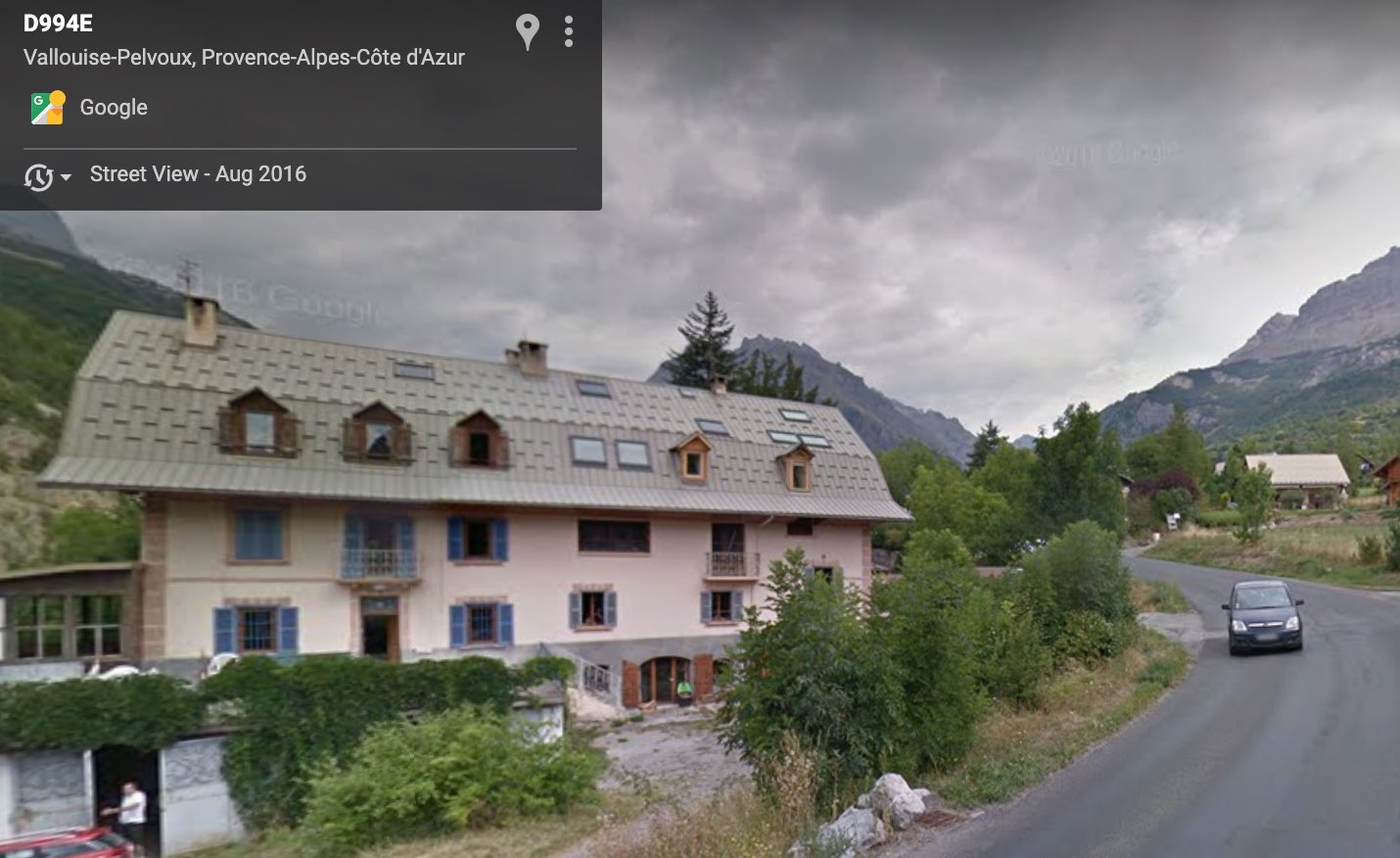