Before we start the quest for the final G-spot, hopefully in time for Grothendieck’s 85th birthday, one more post on Alexandre’s ‘hippy-days’.

In the second part of Allyn Jackson’s “The Life of Alexandre Grothendieck” she tells the story that AG, while touring the US to spread the gospel of the eco-mouvement “Survivre et Vivre” (the deal was that he gave 1 math-talk if he was allowed to give another one on ecology/politics), met a graduate student of Daniel Gorenstein, Justine Skalba, who quickly became a G-groupie and returned with him after the US-trip to France, where she lived with him for two years (and had one child with him, John, who later also became a mathematician).

“In early 1973 he (AG) and Skalba moved to Olmet-le-sec (probably she means: Olmet sec, so without any additions), a rural village in the south of France. This area was at the time a magnet for hippies and others in the counterculture movement who wanted to return to a simpler lifestyle close at hand (I would have added: and, it still is). Here Grothendieck again attempted (he did this once before in his Parisian period, setting up a commune in Chatenay-Malabry) to start up a commune, but personality conflicts led to its collapse. At various times three of Grothendieck’s children came to live in the Paris commune and in the one in Olmet (probably this being: Johanna, Mathieu and Alexandre who even today maintain an alternative lifestyle). After the commune disolved, he moved with Skalba and his children to Villecum, a short distance away.”

As Yves Ladegaillerie tells Jackson, Grothendieck lived an ascetic, unconventional life in an old house without electricity in Villecun, about thirty-five miles outside of Montpellier. Ladegaillerie remembered seeing Justine Skalba and her baby there. Many friends, acquantances and students went to visit Grothendieck there, including people from the ecology movement. 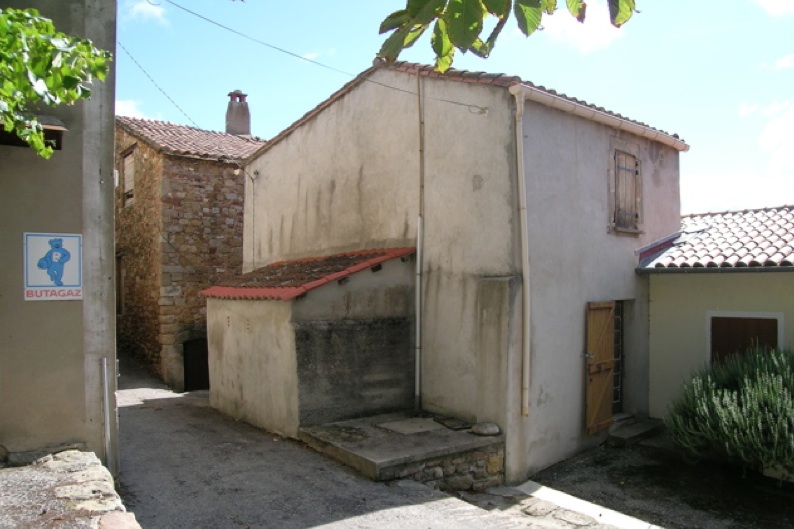 And, if you are a bit like me, wanting to see everything with G-earth or maps, here’s the scenery (click on the image to be there). 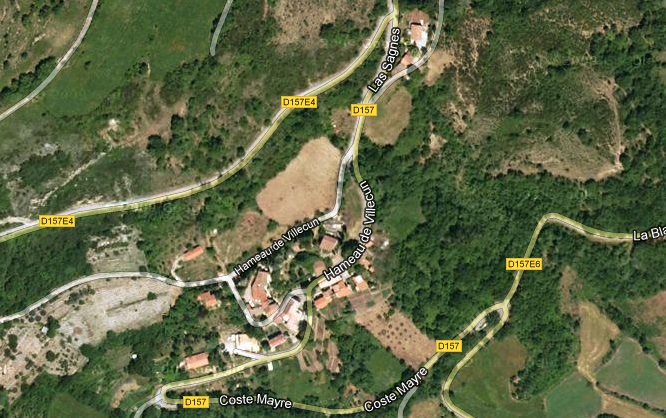 Again, if someone at the Mairie d’Olmet-et-Villecun reads this, please consider adding to your list of ‘Personnalités liées à la commune’

Previous in this series: