One week from now, Alexandre Grothendieck will turn 85. Today, we’ll have a glance at his ‘wilder years’, the early 70ties, when he resigned from the IHES and became one of the leading figures in the French eco-movement. This iconic picture is from those days 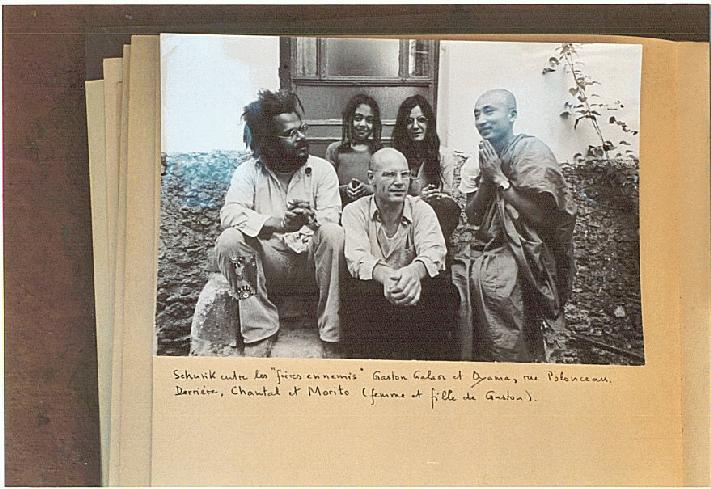 Schurik (that is, AG) between the ‘hostile brothers’ Gaston Galan and Dyama in the ‘rue Polonceau’. Behind, Chantal and Motito (wife and daughter of Gaston).

However, if you stroll down the Rue Polonceau via StreetView (note to self: high time to revisit Paris IRL) it is unclear where this picture might have been taken. One notable exception perhaps, at 38, Rue Polonceau. 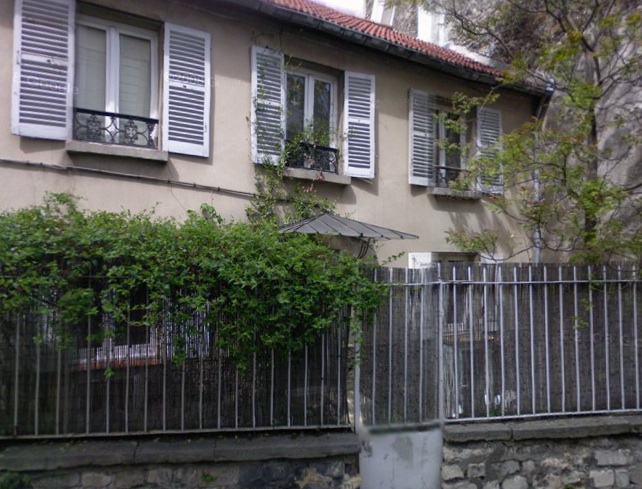 Today, this address houses the feminist group Ruptures with the noble goal to establish a society based on a genuine equality between women and men.

Besides, they want to encourage cooperation with other movements striving for a better world:

It is thus very well possible that this address was already used in the 70ties by similar social groups, such as the ecological movement “Survivre et Vivre” (Survive and Live), a movement founded in 1970 by three renowned mathematicians: Grothendieck, Claude Chevalley and Pierre Samuel. The origins and evolution of Survivre et Vivre are nicely described on this page at Science et Société.

So, whoever wrote that text beneath the photograph is probably right, though I’d love to hear more details. Still, this picture was the first thing on my mind when i found the place where Grothendieck lived in his IHES-years (and shortly afterwards).

The first issue of the Bulletin of Survivre et Vivre (btw. most issues are available from the Grothendieck circle and are fun reading material if you are, like me, in constant need to brush up your French) concludes with a list of the names, professions and addresses of the group’s members (25 at the time, including AG’s mother-in-law (Julienne Dufour, mother of his wife Mireille Dufour) and his son (from another mother) Serge):

So, here we are, Grothendieck lived with his wife, children (apart from Serge who was at the time based in Nice) and mother-in-law at 2, Avenue de Verrières, Massy, France

If you click on the picture, you can walk around this G-spot. Thanks to Igor Babou (see comments), for correcting me on this G-spot. From Igor’s comment:

“Actually, the AG ex house is not exactly located on the street: its door is at the opposite of the Verriere avenue, in front of the Massy Station. The house seems to be unoccupied, and has no name on its mailbox. All the blinds were closed. I just saw a bill saying “security camera”… not very “Grothendieck spirit”…

Here you will see the green portal of the house, surrounded by the big trees and between the two cars. Unfortunalety, the house is hard to see from the street, and google hasn’t done any picture of it.”

If some of you have better info on this or other Grothendieck-spots, please fill me in.
I’m bound to travel south, possibly in search for more information, end of next week…

Previous in this series:
– Vendargues
– Mormoiron