Two Bourbaki-congresses were organised at the Côte d’Azur, in La Ciotat, claiming to have one of the most beautiful bays in the world. 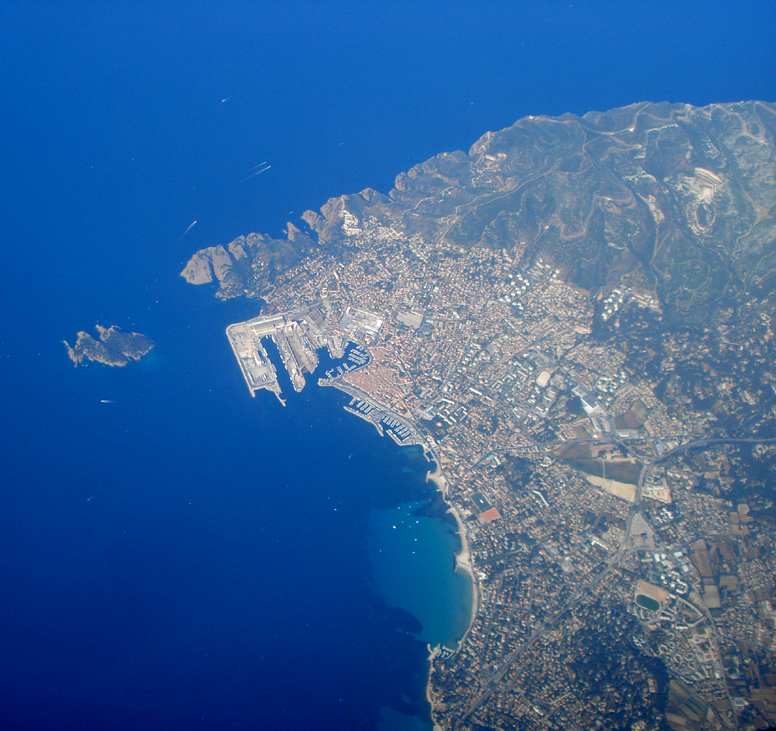 As is the case for all Bourbaki-congresses after 1953, we do not have access to the corresponding Diktat, making it hard to find the exact location.

The hints given in La Tribu are also minimal. In La Tribu 34 there is no mention of a next conferences in La Ciotat, in La Tribu 45 we read on page 11:

“October Congress: It will take place in La Ciotat, and will be a rump congress (‘congres-croupion’). On the program: Flat modules, Fiber carpets, Schwartz’ course in Bogota, Chapter II and I of Algebra, Reeditions of Top. Gen. III and I, Primary decomposition, theorem of Cohen and consorts, Local categories, Theorems of Ad(o), and (ritually!) abelian varieties.”

“The Congress was held “chez Patrice”, in La Ciotat, from February 27 to March 6, 1955.
Presents: Cartan, Dixmier, Koszul, Samuel, Serre, le Tableau (property, fortunately divisible, of Bourbaki).
The absence, for twenty-four hours, of any founding member, created a euphoric climate, consolidated by the aioli, non-cats, and sunbathing by the sea. We will ask Picasso for a painting on the theme ‘Bourbaki soothing the elements’. However, some explorations were disturbed by barbed wire, wardens, various fences, and Samuel, blind with anger, declared that he could not find ‘la patrice de massage’.”

There was, however, a Hotel-Restaurant Chez Patrice in La Ciotat.

But, we will find out that the congress-location was elsewhere. (Edit August 4th : wrong see the post La Ciotat (2).

As to that location, La Tribu 46 has this to say:

“The Congress was held in a comfortable villa, equipped with a pick-up, rare editions, tasty cuisine, and a view of the Mediterranean. In the deliberation room, Chevalley claimed to see 47 fish (not counting an object, in the general shape of a sea serpent which served as an ashtray); this prompted him to bathe; but, indisposed by a night of contemplation in front of Brandt’s groupoid, he pretended to slip all his limbs into the same hole in Bruhat’s bathing suit.”

So far, we have not much to go on. Luckily, there are these couple of sentences in Laurent Schwartz’ autobiography Un mathématicien aux prises avec le siècle:

“I knew Daniel Guérin very well until his death. Anarchist, close to Trotskyism, he later joined Marceau Prevert’s PSOP. He had the kindness, after the war, to welcome in his property near La Ciotat one of the congresses of the Bourbaki group. He shared, in complete camaraderie, our life and our meals for two weeks. I even went on a moth hunt at his house and caught a death’s-head hawk-moth (Acherontia atropos).” 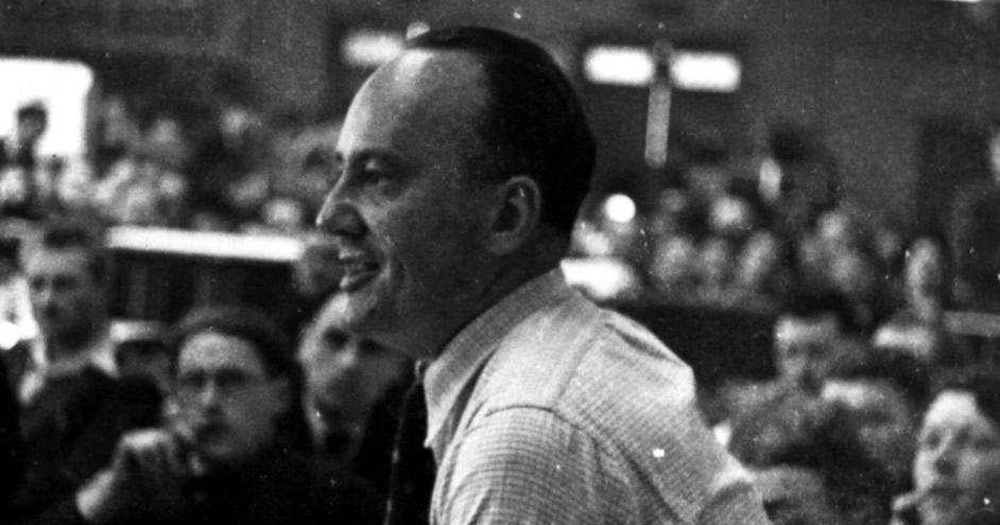 Daniel Guérin is known for his opposition to Nazism, fascism, capitalism, imperialism and colonialism. His revolutionary defense of free love and homosexuality influenced the development of queer anarchism.

But there are some odd things in Schwartz’ sentences. He speaks of ‘two weeks’ whereas both La Ciotat-meetings only lasted one week.

Stranger seems to be that Schwartz was not present at either congress (see above list of participants). (Edit August 12th : wrong, La Tribu 37 lists both Schwartz and ‘Le Tableau’ among those present). 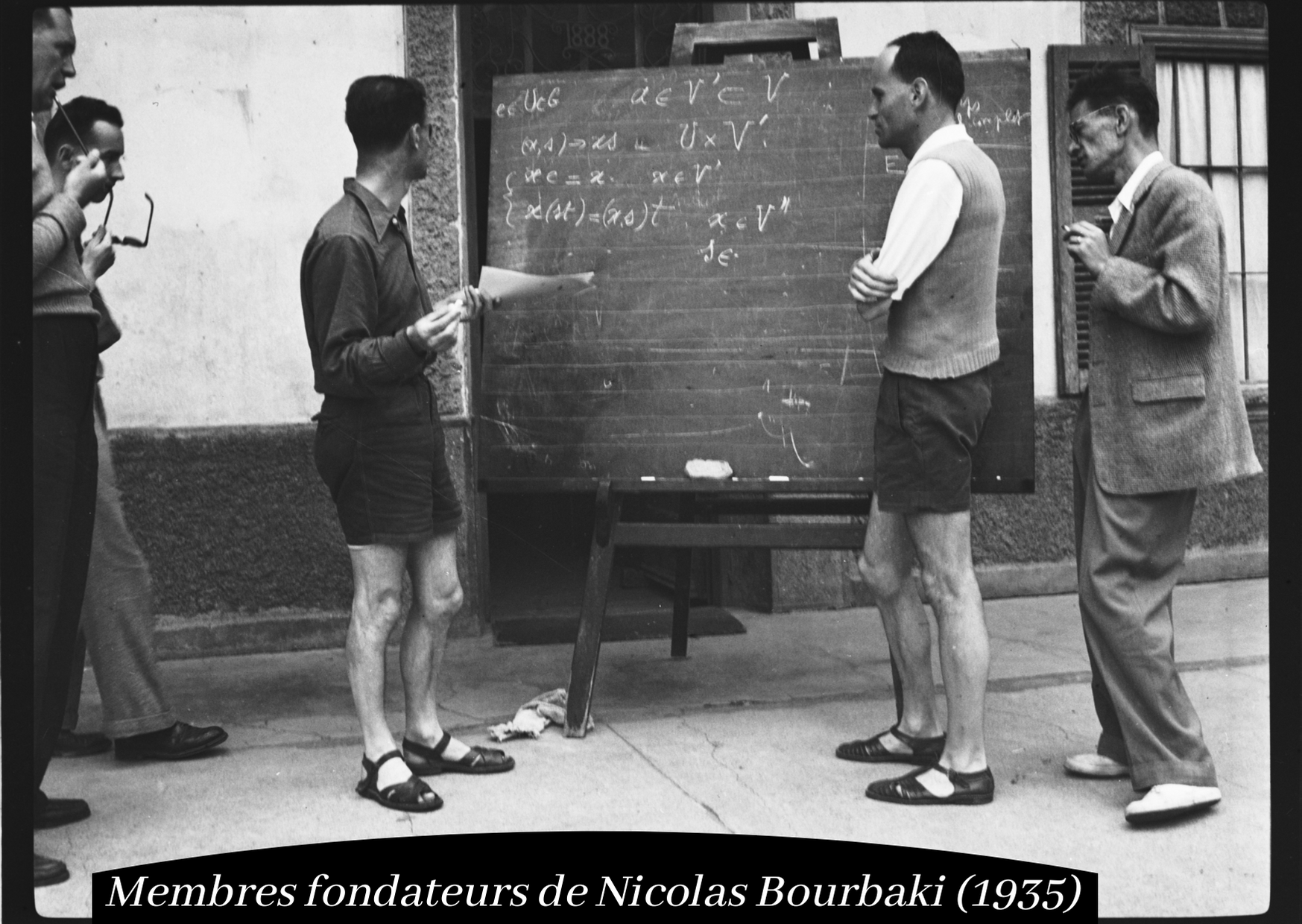 But, where is that property of Daniel Guérin?

I would love to claim that it is La Villa Deroze, (sometimes called the small Medici villa in La Ciotat), named after Gilbert Deroze. From the website:

“Gilbert Deroze’s commitment to La Ciotat (he will be deputy mayor in 1947) is accompanied by a remarkable cultural openness. The house therefore becomes a place of hospitality and artistic and intellectual convergence. For example, it is the privileged place of reception for Daniel Guérin, French revolutionary writer, anti-colonialist, activist for homosexual emancipation, theoretician of libertarian communism, historian and art critic. But it also receives guests from the place that the latter had created nearby, the Maison Rustique Olivette, a real center of artistic residence which has benefited in particular from the presence of Chester Himes, Paul Célan, the “beat” poet Brion Gysin, or again of the young André Schwarz-Bart.”

Even though the Villa Deroze sometimes received guests of Guérin, this was not the case for Bourbaki as Schwartz emphasises that the congress took place in Guérin’s property near La Ciotat, which we now have identified as ‘Maison (or Villa) Rustique Olivette’.

From the French wikipedia entry on La Ciotat:

“In 1953 the writer Daniel Guérin created on the heights of La Ciotat, Traverses de la Haute Bertrandière, an artists’ residence in his property Rustique Olivette. In the 1950s, he notably received Chester Himes, André Schwartz-Bart, in 1957, who worked there on his book The Last of the Righteous, Paul Celan, Brion Gysin. Chester Himes returned there in 1966 and began writing his autobiography there.”

Okay, now we’re down from a village (La Ciotat) to a street (Traverses de la Haute Bertrandière), but which of these fabulous villas is ‘Maison Rustique Olivette’?

I found one link to a firm claiming to be located at the Villa Rustique Olivette, and giving as its address: 130, Traverses de la Haute Bertrandière.

If this information is correct, we have now identified the location of the last Bourbaki congress in La Ciotat as ‘Maison Rustique Olivette’, 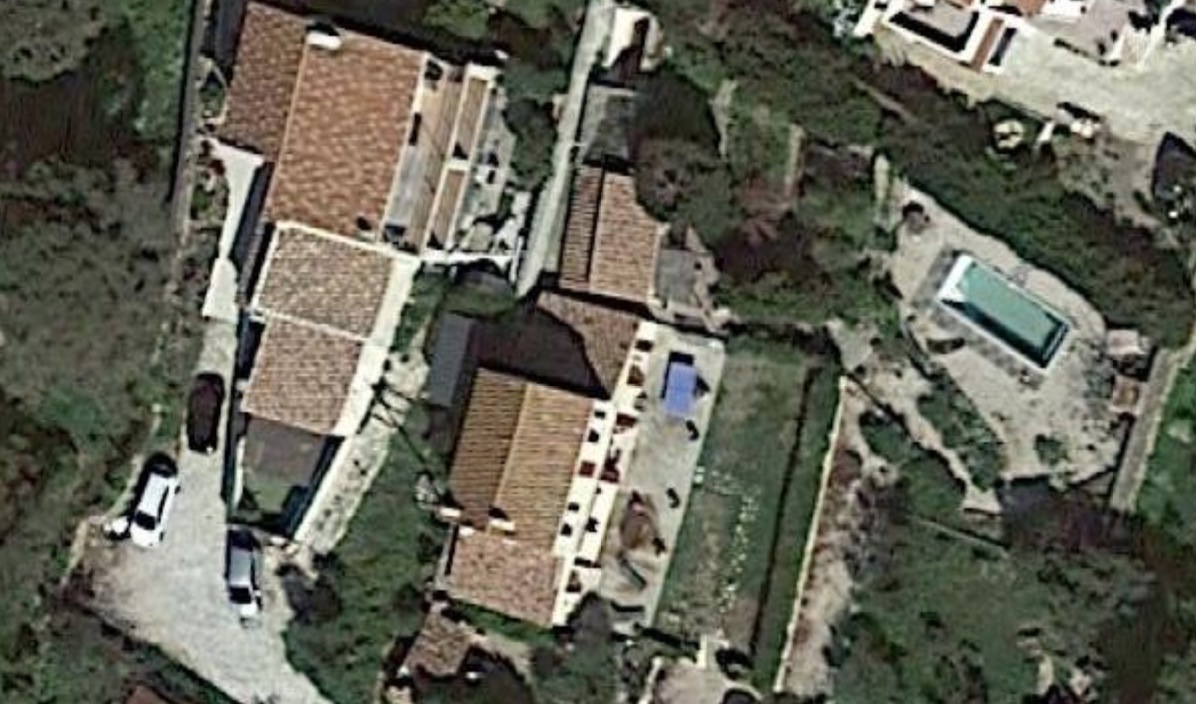