Over at the Arcadian Functor, Kea is continuing her series of blog posts on M-theory (the M is supposed to mean either Monad or Motif). A recurrent motif in them is the hexagon and now I notice hexagons popping up everywhere. I will explain some of these observations here in detail, hoping that someone, more in tune with recent technology, may have a use for them. 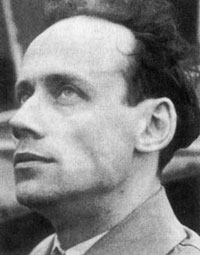 To make the connection with the modular group, it is better to change the generators to $u = \sigma_1 \sigma_2 \sigma_1 $ and $v = \sigma_1 \sigma_2 $ in which case the defining equation becomes $u^2 = v^3 $. Therefore, the variety of all n-dimensional representations of $B_3 $ consists of all pairs of invertible n by n matrices

Let us work out these extensions for $S=(a,b) $ and $S’=(a’,b’) $ both one-dimensional representations of $B_3 $. An extension of S by S’ must be two-dimensional and is represented by 2×2 matrices of the form

Having fully analyzed the one-dimensional situation, let’s turn to $\mathbf{rep}_2~B_3 $ and see that it has singularities and hence that $B_3 $ is not smooth in M-geometry. The three string braid group has a 2-parameter family of simple 2-dimensional representation, whence the component of the representation variety $\mathbf{rep}_2~B_3 $ containing the simples is 5-dimensional. Hence, if this component would be a manifold, the tangent space in every point should be of dimension 5. If M is a semi-simple n-dimensional representation, then the tangent space in M to $\mathbf{rep}_n~B_3 $ is known to be of dimension $n^2 – dim~Aut(M) + dim~Ext(M,M) $ where $Ext(M,M) $ is the space of self-extensions and $Aut(M) $ is the automorphism group of M.

Apply this to a semi-simple 2-dimenional representation $M=S \oplus S’ $ where S and S’ determine an edge of an hexagon in a clan. Then,

which by the above calculations is a 4-dimensional space. Further, S being non-isomorphic to S’ it follows from Schur’s lemma that the automorphism group of M is two-dimensional, totting up to a 6-dimensional tangent space… so M must be a singularity!

In fact, one can show that the points in the irreducible component of two-dimensional $B_3 $ representations containing the simples are singular if and only if the representation is semi-simple $M = S \oplus S’ $ with the components either a vertex of a hexagon (that is S=S’) or an edge of an hexagon. In this way, the strange hexagonal clans of one-dimensional braid-representations are the source of singularities for $B_3 $.