From the abstract: “We propose to follow the itinerary of Claude Chevalley during the last twenty years of his life, through the words of Jacques Roubaud, Denis Guedj and Alexander Grothendieck. Our perspective is that of their testimonies filled with friendship.”

Claude Chevalley was one of the founding fathers of Bourbaki. Two of the four pre-WW2 Bourbaki-congresses were held in “La Massoterie”, the Chevalley family domain in Chancay (see this post, update: later I learned from Liliane Beaulieu that the original house was destroyed by fire).

In 1938 he left for Princeton and stayed there during the war, making it impossible to return to a position in France for a very long time. Only in 1957 he could return to Paris where he led a seminar which proved to be essential for the development of algebraic groups and algebraic geometry. 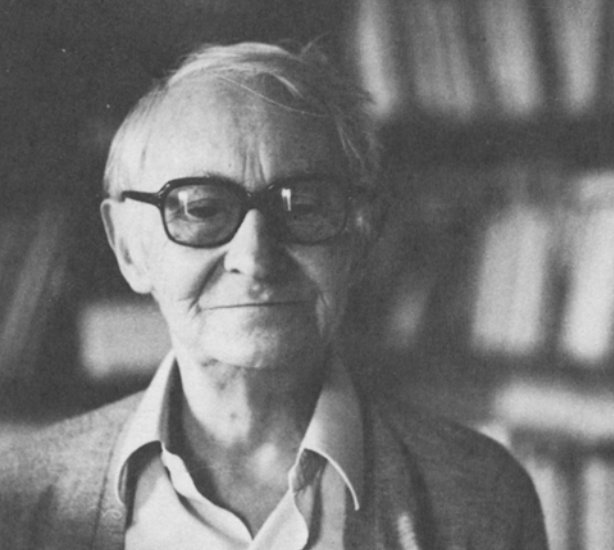 Picture from N. Bourbaki, an interview with C. Chevalley

The Couty paper focusses on the post-1968 period in which Chevalley distanced himself from Bourbaki (some of its members, he thought, had become ‘mandarins’ and ‘reactionaires’), became involved with the ecological movement ‘Survivre et vivre’ and started up the maths department of a new university at Vincennes.

The paper is based on the recollections of three of his friends.

1. Jacques Roubaud is a French poet, writer and mathematician.

On this blog you may have run into Roubaud as the inventor of Bourbaki’s death announcement, and the writer of the book with title $\in$.

He’s also a member of Oulipo, a loose gathering of (mainly) French-speaking writers and mathematicians. Famous writers such as Georges Perec and Italo Calvino were also Oulipo-members (see also Ouilpo’s use of the Tohoku paper).

Chevalley introduced Roubaud (and others) to the game of Go. From Couty’s paper this quote from Roubaud (G-translated):

“. . . it turns out that he had learned to play go in Japan and then, in Paris, he could not find a player […] I played go with him […] and then at a certain moment , we thought, Pierre Lusson and myself, it would still be good to create circumstances such that Chevalley could have players. And so, we had a lot of ambition, we said to ourselves: “We’re going to write a treatise on go, and then lots of people will start playing go”. »

The resulting Go-book is A short treatise inviting the reader to discover the subtle art of Go. Here’s Georges Perec (left) and Jacques Roubaud playing a game.

2. Denis Guedj was a French novelist, mathematician and historian of science professor, perhaps best known for his book The Parrot’s Theorem.

In May 1968, Guedj was a PhD-student of Jean-Paul Benzecri (the one defining God as the Alexandroff compactification of the univers), working in the building where ‘Le Comité de Grève’ installed itself. Here he met Chevalley. A Guedj-quote from Couty’s paper (G-translated):

“Claude Chevalley was one of the three professors of the Faculty of Science to commit himself totally to the adventure until the end, occupying the premises with the students on the Quai Saint-Bernard […] and sleeping there frequently . That’s where I met him.

We had taken possession of this universe which until then had only been a place of study and knowledge, and which, in the mildness of this month of May, had become a place of life, of a life wonderfully exhilarating. The college was ours. At night we walked down the aisles yet? lined with tall trees, entered the empty lecture halls, slept under the stars. Needless to say that at the beginning of the school year, in the fall of 1968, it was impossible for us to find our place in these undressed spaces from which the magic had withdrawn. » 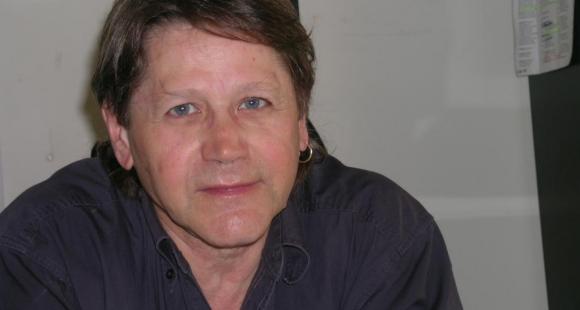 In June 2008, Guedj was one of the guests at the special edition of France Culture on the occasion of Grothendieck’s 80th birthday, Autour d’Alexandre Grothendieck.

3. Alexander Grothendieck, mathematician and misogynist, deified by some of today’s ‘mandarins’.

The paper by Danielle Couty may shed additional light on Grothendieck’s withdrawal from Bourbaki and mathematics as a whole. A G-translated Grothendieck quote from the paper:

“It was Chevalley who was one of the first, with Denis Guedj whom I also met through Survivre, to draw my attention to this ideology (they called it “meritocracy” or a name like that), and what there was in her of violence, of contempt. It was because of that, Chevalley told me […] that he could no longer bear the atmosphere in Bourbaki and had stopped setting foot there. »

Claude Chevalley stayed at Vincennes until his retirement in 1978, he died on June 28th 1984.