big Witt vectors for everyone (1/2)

Next time you visit your math-library, please have a look whether these books are still on the shelves : Michiel Hazewinkel‘s Formal groups and applications, William Fulton’s and Serge Lange’s Riemann-Roch algebra and Donald Knutson’s lambda-rings and the representation theory of the symmetric group.

I wouldn’t be surprised if one or more of these books are borrowed out, probably all of them to the same person. I’m afraid I’m that person in Antwerp…

Lately, there’s been a renewed interest in $\lambda $-rings and the endo-functor W assigning to a commutative algebra its ring of big Witt vectors, following Borger’s new proposal for a geometry over the absolute point. 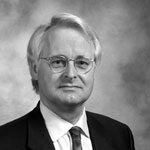 However, as Hendrik Lenstra writes in his 2002 course-notes on the subject Construction of the ring of Witt vectors : “The literature on the functor W is in a somewhat unsatisfactory state: nobody seems to have any interest in Witt vectors beyond applying them for a purpose, and they are often treated in appendices to papers devoting to something else; also, the construction usually depends on a set of implicit or unintelligible formulae. Apparently, anybody who wishes to understand Witt vectors needs to construct them personally. That is what is now happening to myself.”

Before doing a series on Borger’s paper, we’d better run through Lenstra’s elegant construction in a couple of posts. Let A be a commutative ring and consider the multiplicative group of all ‘one-power series’ over it $\Lambda(A)=1+t A[[t]] $. Our aim is to define a commutative ring structure on $\Lambda(A) $ taking as its ADDITION the MULTIPLICATION of power series.

For rings $A $ such that $L_n(A)=\Lambda_n(A) $ we are done, but in general $L_n(A) $ may be strictly smaller. The idea is to use functoriality and do the relevant calculations in a larger ring $A \subset B $ where we can multiply the two truncated one-polynomials and observe that the resulting truncated polynomial still has all its coefficients in $A $.

For a general commutative ring $A $ we will copy this argument by considering a free overring $A^{(\infty)} $ (with 1 as one of the base elements) by formally adjoining roots. At level 1, consider $M_0 $ to be the set of all non-constant one-polynomials over $A $ and consider the ring

Hence, we have endo-functors $\Lambda_n $ in the category of all commutative rings, for every number n. Reviewing the construction of $L_n $ one observes that there are natural transformations $L_{n+1} \rightarrow L_n $ and therefore also natural transformations $\Lambda_{n+1} \rightarrow \Lambda_n $. Taking the inverse limits $\Lambda(A) = \underset{\leftarrow}{lim} \Lambda_n(A) $ we therefore have the ‘one-power series’ endo-functor
$\Lambda~:~\mathbf{comm} \rightarrow \mathbf{comm} $
which is ‘almost’ the functor W of big Witt vectors. Next time we’ll take you through the identification using ‘ghost variables’ and how the functor $\Lambda $ can be used to define the category of $\lambda $-rings.