A reading suggestion for Grothendieck-stalkers crawling around the Ariège region, near Saint-Girons, in search of ‘another house’ : better bring along the Fogas Chronicles by Julia Stagg.

Julia Stagg lived in the Ariège-Pyrenees region for six years, where she ran a small auberge and tried to convince the French that the British can cook. This story is told in the first of the Chronicles, l’Auberge.

Auberge des Deux Vallées is situated in the imaginary village of Fogas, the nearest bigger city being … Saint-Girons.

The books give a pretty good impression of day to day life in a small French mountain village. For example, in part three, the French postmistress, you’ll get an adequate picture of the enormous influence of ‘les chasseurs’ on village politics.

While Fogas itself is imaginary, there are plenty of existing villages, cols, and rivers in the books, such as Saint-Girons, Seix, Massat, Col d’Agnes, Col de Port, the Arac and Salat rivers, to give you a fair idea of location.

The last book (which is just out) A fête to remember contains the map below:

This map makes it alarmingly easy, with the help of Google maps, to pinpoint the locations mentioned in the books. For example, l’Auberge des deux vallées is none other than Auberge de l’Arac.

Further, in StreetView, the crossroad in the valley with the road leading up to ‘Fogas’ looks like this 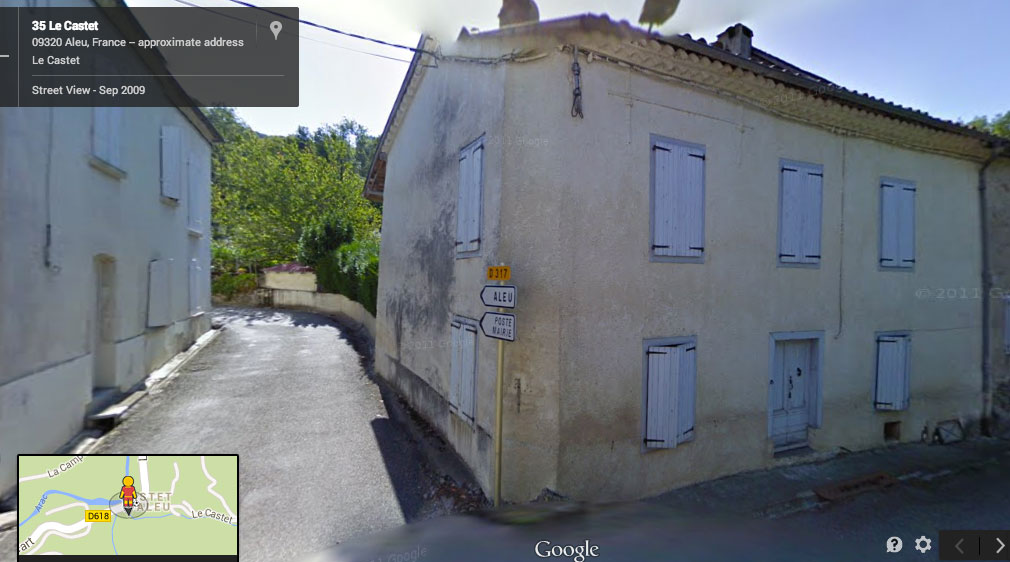 So, contrary to common belief, Fogas isn’t imaginary but is the village of Aleu. Its church and post-office (which feature prominently in parts 2 and 3 of the series) look pretty much like those on the drawing: 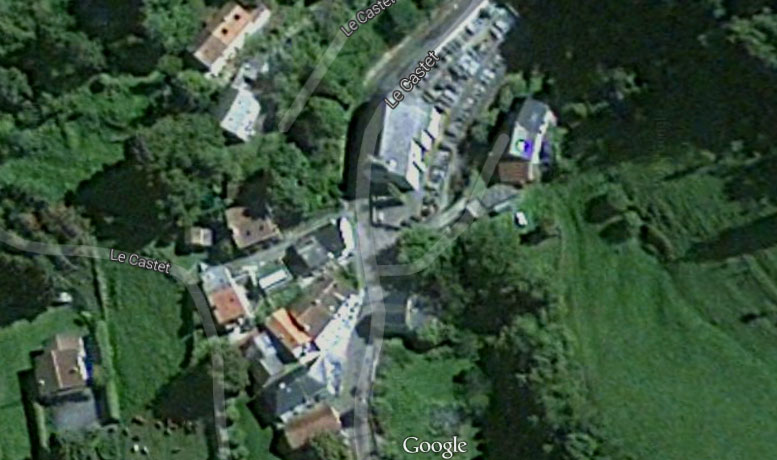 To fellow Fogas enthousiasts: another week-end I’ll try to compose an interactive google-map with the key locations mentioned in the chronicles.