In a Rhombic tiling (aka a Penrose P3 tiling) we can identify five ribbons.

Every ribbon determines a skeleton curve through the midpoints of opposite sides of the rhombs. If we straighten these skeleton curves we get a de Bruijn’s pentagrid. 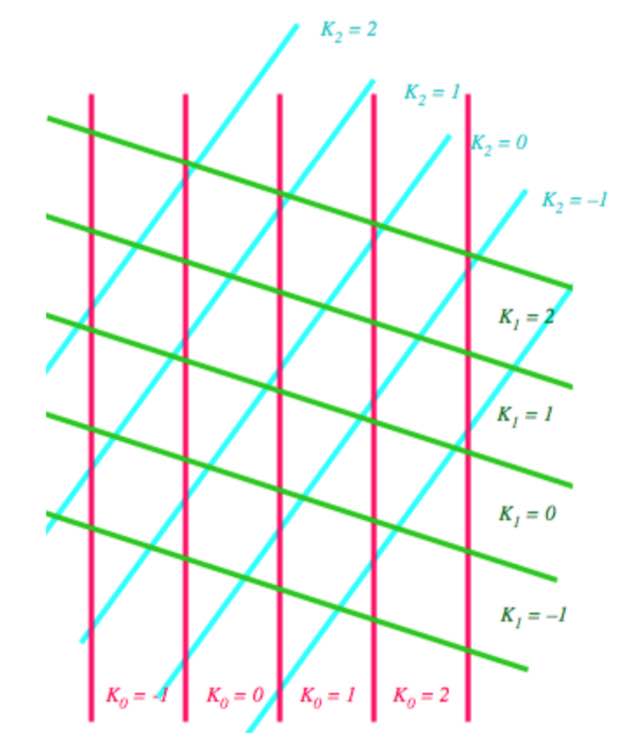 We’ll prove this for regular pentagrids (the singular case follows from a small deformation). 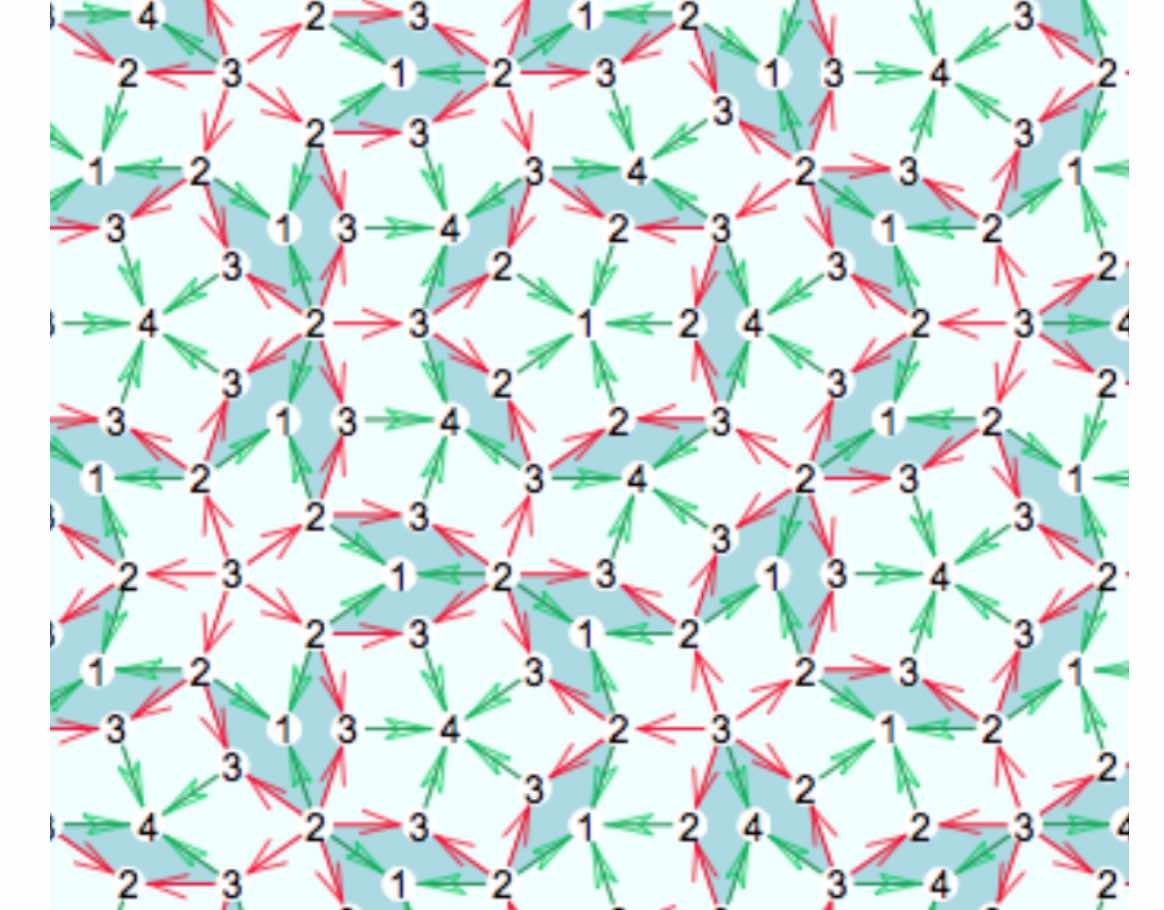 We still have to show that this gives a legal Rhombic tiling, that is, that the gluing restrictions of Penrose’s rhombs are satisfied.

From the gluing conditions of Penrose’s rhombs we see that if $PQ$ be a red edge, in common to two rhombs, and these rhombs have angle $\alpha$ resp. $\beta$ in $P$, then $\alpha$ and $\beta$ must be both less that $90^o$ or both bigger than $90^o$. We translate this in terms of the pentragrid. 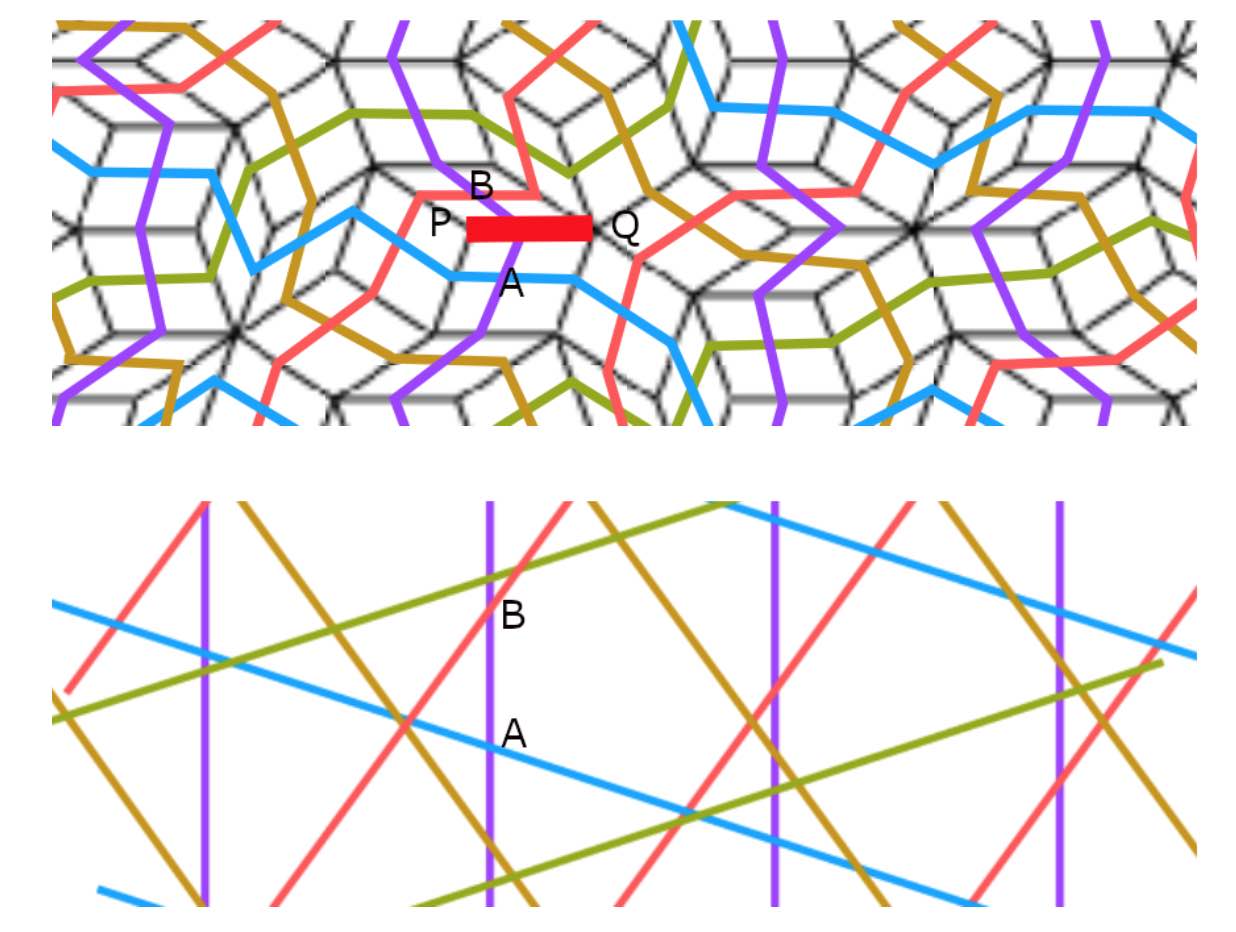 An alternative way to see this correspondence between regular pentagrids and Rhombic tilings as as follows. To every intersection of two gridlines we assign a rhombus, a thin one if they meet at an acute angle of $36^o$ and a thich one if this angle is $72^o$, with the long diagonal dissecting the obtuse angle.

Do this for all intersections, surrounding a given mesh.

Attach the rhombs by translating them towards the mesh, and finally draw the colours of the edges.

Another time, we will connect this to the cut-and-project method, using the representation theory of $D_5$.