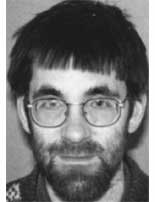 Yesterday morning I thought that I could use some discussions I had a
week before with Markus Reineke to begin to make sense of one
sentence in Kontsevich’ Arbeitstagung talk Non-commutative smooth
spaces :

However, as I’m running on a 68K RAM-memory, I
didn’t recall the fine details of all connections between the monster,
moonshine, vertex algebras and the like. Fortunately, there is the vast
amount of knowledge buried in the arXiv and a quick search on Borcherds gave me a
list of 17 papers. Among
these there are some delightful short (3 to 8 pages) expository papers
that gave me a quick recap on things I once must have read but forgot.
Moreover, Richard Borcherds has the gift of writing at the same time
readable and informative papers. If you want to get to the essence of
things in 15 minutes I can recommend What
is a vertex algebra? (“The answer to the question in the title is
that a vertex algebra is really a sort of commutative ring.”), What
is moonshine? (“At the time he discovered these relations, several
people thought it so unlikely that there could be a relation between the
monster and the elliptic modular function that they politely told McKay
that he was talking nonsense.”) and What
is the monster? (“3. It is the automorphism group of the monster
vertex algebra. (This is probably the best answer.)”). Borcherds
maintains also his homepage on which I found a few more (longer)
expository papers : Problems in moonshine and Automorphic forms and Lie algebras. After these
preliminaries it was time for the real goodies such as The
fake monster formal group, Quantum vertex algebras and the like.
After a day of enjoyable reading I think I’m again ‘a point’
wrt. vertex algebras. Unfortunately, I completely forgot what all this
could have to do with Kontsevich’ remark…