The hype cycle of an idea

These three ideas (re)surfaced over the last two decades, claiming to have potential applications to major open problems:

It is difficult to voice an opinion about the (presumed) current state of such projects without being accused of being either a believer or a skeptic, resorting to group-think or being overly critical.

We lack the vocabulary to talk about the different phases a mathematical idea might be in.

Such a vocabulary exists in (information) technology, the five phases of the Gartner hype cycle to represent the maturity, adoption, and social application of a certain technology : 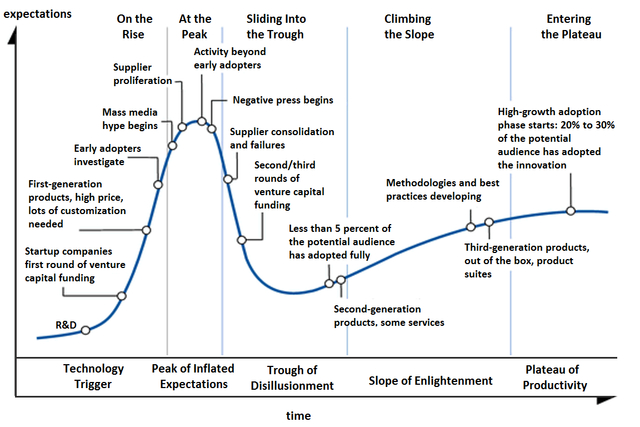 This model can then be used to gauge in which phase several emerging technologies are, and to estimate the time it will take them to reach the stable plateau of productivity. Here’s Gartner’s recent Hype Cycle for emerging Artificial Intelligence technologies.

What might these phases be in the hype cycle of a mathematical idea?

It would be fun so see more knowledgable people draw such a hype cycle graph for recent trends in mathematics.

Here’s my own (feeble) attempt to gauge where the three ideas mentioned at the start are in their cycles, and here’s why: 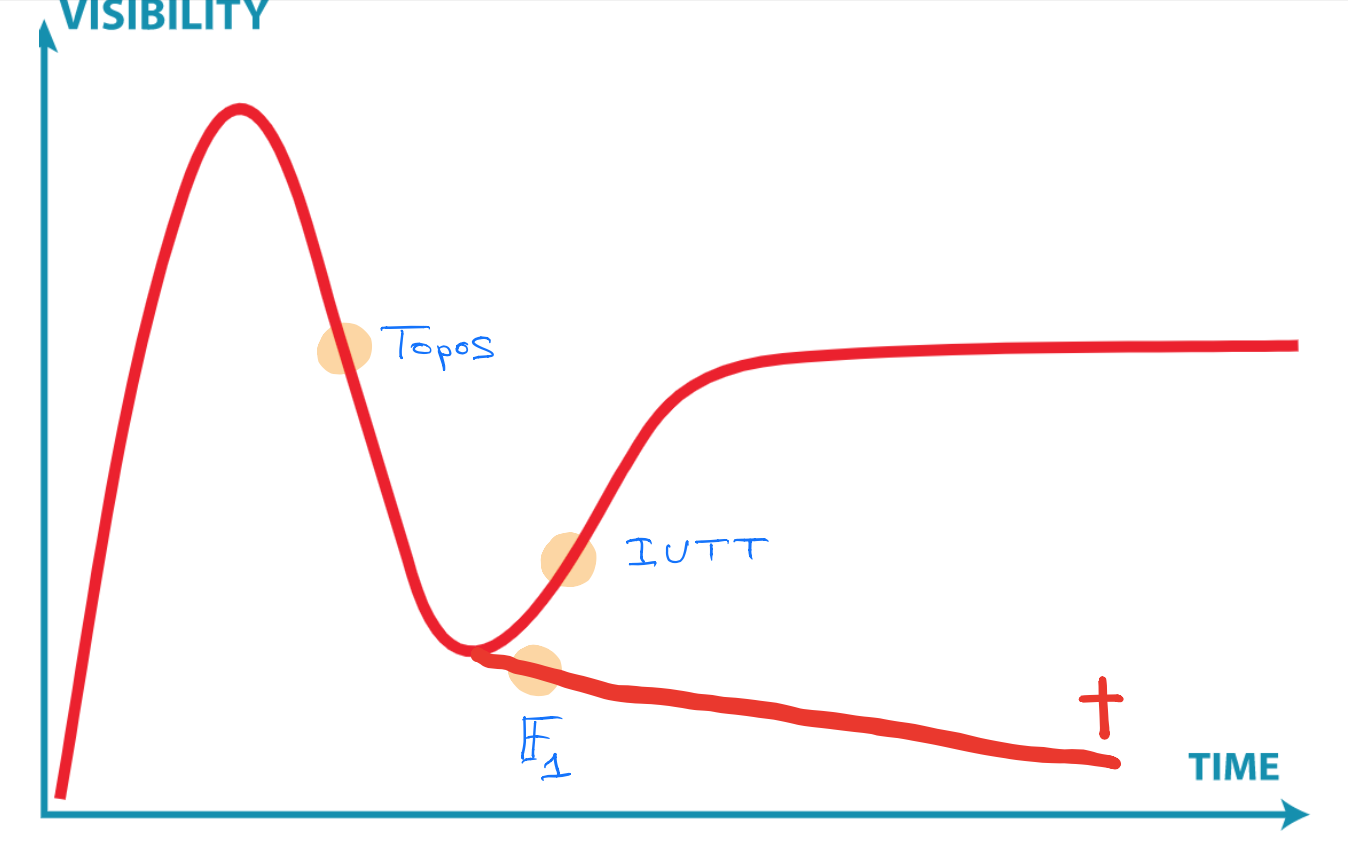 Clearly, you don’t agree, and that’s fine. We now have a common terminology, and you can point me to results or events I must have missed, forcing me to redraw my graph.