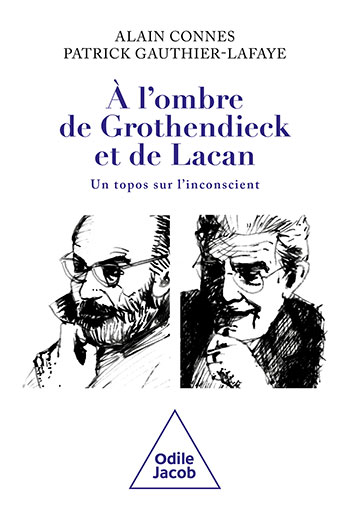 There’s no need to introduce Alain Connes on this blog. Patrick Gauthier-Lafaye is a French psychiatrist and psycho-analyst, working in Strassbourg.

The book is a lengthy dialogue in which the authors try to find a use for topos theory in Jaques Lacan’s psycho-analytical view of the unconscious.

If you are a complete Lacanian virgin, it may be helpful to browse through “Lacan, a beginners guide” (by Lionel Bailly) first. 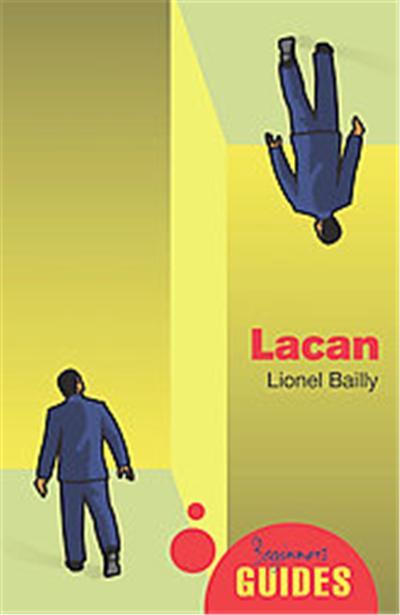 If this left you bewildered, for example by Lacan’s strange (ab)use of mathematics, rest assured, you’re not alone.

It is no coincidence that Lacan’s works are the first case-study in the book “Fashionable Nonsense: Postmodern Intellectuals’ Abuse of Science” by Alan Sokal (the one of the hoax) and Jean Bricmont. You can download the book from this link. 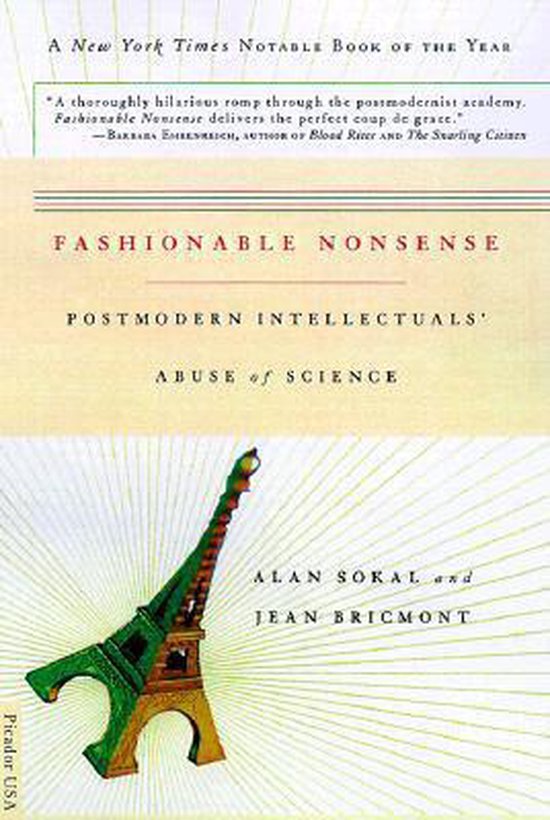 If now you feel that Sokal and Bricmont are way too harsh on Lacan, I urge you to have a go at the book “Writing the structures of the subject, Lacan and topology” by Will Greenshields.

If you don’t have the time or energy for this, let me give you one illustrative example: the topological explanation of Lacan’s formula of fantasy:

Loosely speaking this formula says “the barred subject stands within a circular relationship to the objet petit a (the object of desire), one part of which is determined by alienation, the other by separation”. 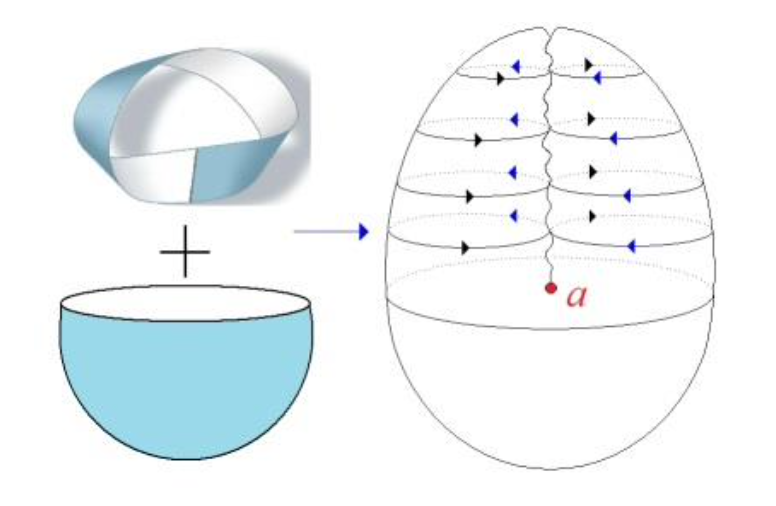 This image includes the position of the objet petit $a$ as the end point of the self-intersection curve, which itself is referred to as the ‘castration’, or the ‘phallus’, or whatever.

Brace yourself for the ‘explanation’ of $\$~\diamond~a$: if you walk twice around $a$ this divides the cross-cap into a disk and a Mobius-strip!

The mathematics is correct but I fail to see how this helps the psycho-analyst in her therapy. But hey, everyone will tell you I have absolutely no therapeutic talent.

It was to be expected that they would defend Lacan’s exploitation of (surface) topology by saying that he was just unfortunate not to have the more general notion of toposes available, as well as their much subtler logic. Perhaps someone should write a fictional parody on Greenshields book: “Lacan and the topos”…

Connes’ first attempt to construct the topos of unconsciousness was also not much of a surprise. According to Lacan the unconscious is ‘structured like a language’.

So, a natural approach might be to start with a ‘dictionary’-category (words and relations between them) or any other known use of a category in linguistics. A good starting point to read up on this is the blog post A new application of category theory in linguistics.

Eventually they settled for a much more ambitious project. To Connes and Gauthier-Lafaye every individual has her own topos and corresponding logic.

They don’t specify how to construct these individual toposes, but postulate that they are all connected to a classifying topos, which is their incarnation of the world of ‘myths’ and ‘fantasies’.

Surely an idea Lacan would have liked. Underlying the unconscious must be, according to Connes and Gauthier-Lafaye, a geometric theory! That is, it can be fully described by first order sentences.

Lacan himself used already some first order sequences in his teachings, such as in his logic of sexuation:

where $\Phi~x$ is the phallic function. Quoting from Greenshield’s book:

“While all (the sons) are subject to ($\forall x$) the law of castration ($\Phi~x$), we also learn that this law nevertheless resides upon an exception: there exists a subject ($\exists x$) that is not subject to this law ($\neg \Phi~x$). This exception is embodied by the despotic father who, not being subject to the phallic function, experiences an impossible mode of totalised jouissance (he enjoys all the women). He is, quite simply, the exception that proves the law a necessary beyond that enables the law’s geometric bounds to be defined.”

It will be quite hard (but probably great fun for psycho-analysts) to turn the whole of Lacanian theory on the unconscious into a coherent geometric theory, construct its classifying topos, and apply the Joyal-Reyes theorem to get at the individual cases/toposes.

I’m sure there are much deeper insights to be gained from Connes’ and Gauthier-Lafaye’s book, but this is what i got from a first, fast, cursory reading of it.

Next month, a weekend-meeting is organised in Paris on Lacan et Grothendieck, l’impossible rencontre?. 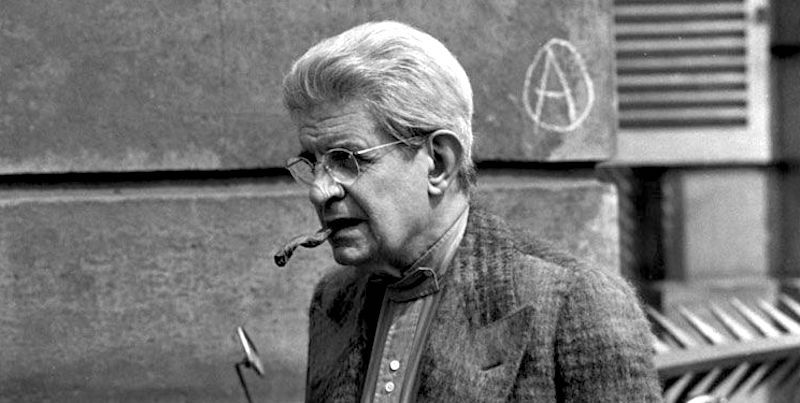 Jacques Lacan was a French psychoanalyst and psychiatrist who has been called “the most controversial psycho-analyst since Freud”.

“As we know, Lacan was passionate about certain mathematics, notably temporal logic and the theory of knots, where he thought he found material for advancing the theory of psychoanalysis. For his part, Grothendieck testifies in his non-strictly mathematical writings to his passion for the psyche, as shown by many pages of his Récoltes et Semailles just published by Gallimard (in January 2022), or even, among the tens of thousands of pages discovered at his death and of which we know almost nothing, the 3700 pages of mathematics grouped under the title ‘Structure of the Psyche’.

One might therefore be surprised that the two geniuses never met. In fact, a lunch did take place in the early 1970s organized by the mathematician and psychoanalyst Daniel Sibony. But a lunch does not necessarily make a meeting, and it seems that this one unfortunately did not happen.”

As it is ‘bon ton’ these days in Parisian circles to utter the word ‘topos’, several titles of the talks given at the meeting contain that word.

Lacan used the Borromean link to illustrate his concepts of the Real, Symbolic, and Imaginary (RSI). For more on this, please read chapter 6 of Lionel Baily’s excellent introduction to Lacan’s work Lacan, A Beginner’s Guide.

The Borromean topos is an example of Dugowson’s toposes associated to his ‘connectivity spaces’. From his paper Définition du topos d’un espace connectif I gather that the objects in the Borromean topos consist of a triple of set-maps from a set $A$ (the global sections) to sets $A_x,A_y$ and $A_z$ (the restrictions to three disconnected ‘opens’).

This seems to be a topos with a Boolean logic, but perhaps there are other 3-point connectivity spaces with a non-Boolean Heyting subobject classifier.

Here’s a nice conversation between Daniel Sibony and Alain Connes on the notions of ‘time’ and ‘truth’.

In the second part (starting around 57.30) Connes brings up toposes whose underlying logic is much subtler than brute ‘true’ or ‘false’ statements. He discusses the presheaf topos on the additive monoid $\mathbb{N}_+$ which leads to statements which are ‘one step from the truth’, ‘two steps from the truth’ and so on. It is also the example Connes used in his talk Un topo sur les topos.

Alain Connes himself will also give a talk at the meeting, together with Patrick Gauthier-Lafaye, on “Un topos sur l’inconscient”.

It appears that Connes and Gauthier-Lafaye have written a book on the subject, A l’ombre de Grothendieck et de Lacan : un topos sur l’inconscient. Here’s the summary (G-translated):

“The authors present the relevance of the mathematical concept of topos, introduced by A. Grothendieck at the end of the 1950s, in the exploration of the structure of the unconscious.”

The book will be released on May 11th.