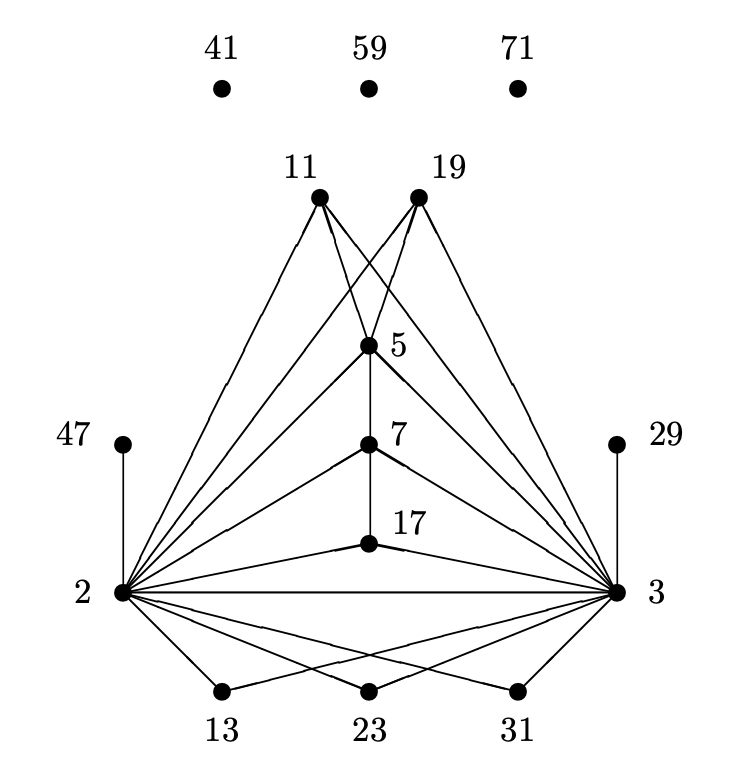 Looking (for example) at the character table of the monster you can check that there is an edge between two primes $p$ and $q$ exactly when the monster has an element of order $p.q$.

Now the fun part: this graph characterises the Monster!

There is no other group $G$ having only elements of these prime orders, and only these edges for its elements of order $p.q$.

This was proved by Melissa Lee and Tomasz Popiel in $\mathbb{M}, \mathbb{B}$, and $\mathbf{Co}_1$ are recognisable by their prime graphs, by using modular character theory.

The proof for the Monster takes less than one page, so it’s clear that it builds on lots of previous results.

Her result, in turn, builds on the Gruenberg-Kegel theorem, after Karl Gruenberg and Otto Kegel. 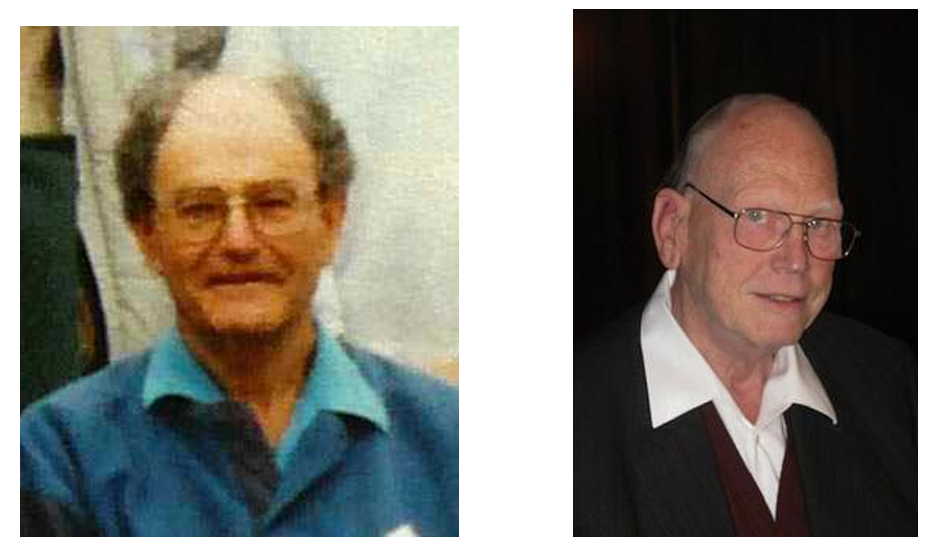 The pictures above are taken from a talk by Peter Cameron, The Gruenberg-Kegel graph. Peter Cameron’s blog is an excellent source of information for all things relating groups and graphs.

The full proof of the Gruenberg-Kegel theorem is way too involved for a blogpost, but I should give you at least an idea of it, and of one of the recurrent tools involved, the structural results on Frobenius groups by John Thompson.

Here’s lemma 1.1 of the paper On connection between the structure of a finite group and the properties of its prime graph by A.V. Vasil’ev.

Oh, I should have said this before: if there is an edge between two primes in the prime graph of a subgroup (or a quotient) of $G$, then such as edge exists also in the prime group of $G$ (trivial for subgroups, use lifts of elements for quotients).

Sooner or later, in almost all proofs around the Gruenberg-Kegel result, a Frobenius group enters the picture.

Here, we take an element $x$ in $G$ of order $r$, and consider the subgroup $F$ generated by $Q$ and $x$. The action of $x$ on $Q$ by conjugation is fixed-point free (if not, $G$ would have elements of order $p.r$ or $q.r$ and there is no edge between these prime vertices by assumption).

So, $F$ is a Frobenius group with ‘Frobenius kernel’ $Q$. Thompson proved that the Frobenius kernel is a nilpotent group, so a product of its Sylow-subgroups. But then, $Q$ (and therefore $G$) contains an element of order $p.q$, done.