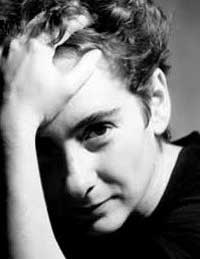 Politicians have a tendency to jump on bandwagons. After Theo Van
Gogh was murdered by a Dutch-Maroccan there has been a unanimous outcry
to tackle 'Muslim Fundamentalists' both in the Netherlands and
Belgium. The Belgian interior minister came on television assuring the
public that he will shut down all fundamentalist internet sites…
His teenage children should tell him some basic facts of life.
In
Belgium all politicians stumble over each other to convince us how tough
they will act against extremism (they mean of course Islamic
fundamentalism), well let us see what they will do now with the extreme
right party 'Vlaams Blok' which was convicted today (in appeal)
for racism! Nothing of course, we can all easily see fundamentalism in
other people but rarely in ourselves.
It is not a big secret that
I admire Jeanette Winterson, but rarely did I agree more with one of her
montly columns than her november column. Just one paragraph :

There is very little difference between Islamic Fundamentalism and
Christian Fundamentalism. Both groups will use holy text to justify
their murders and their misogyny. Both groups believe that they are
right and that everyone else is wrong. Both groups are anti-science,
both prefer faith over facts. Ironically, both are united against the
values of liberal Western culture.