On aliens and reality

today’s seminar was fun, though a bit unconventional. The intention was to explain faithfully flat descent, but at the last moment i had the crazy idea to let students discover the main idea themselves (in the easiest of examples) by means of this thought experiment : 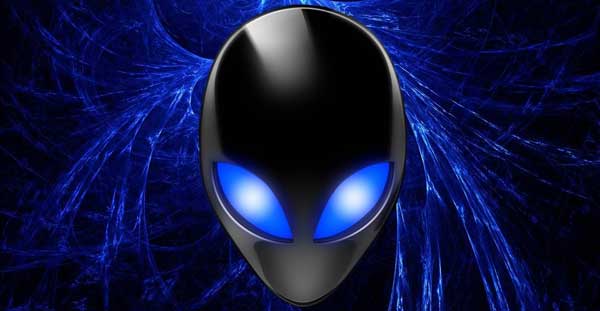 “I am an alien, and a very stubborn alien at that. To us, the only existing field is $\mathbb{C}$ and the only rings we accept are $\mathbb{C}$-algebras. We’ve heard rumours that you humans think there is some geometry hidden under $\mathbb{C}$, in particular we’ve heard that you consider something called real manifolds. Can you explain what an algebra over this non-existant field under $\mathbb{C}$ is in a way we can understand?”

The first hurdle was to explain the concept of complex conjugation, as the alien (me) was unwilling to decompose a number $c$ in two ‘ghost components’ $a+bi$. But, i had to concede that i knew about addition and multiplication and knew $1$ and that $-1$ had a square root which they called $i$.

‘Why are you humans so focussed on counting? We do not count! We can’t! We have neither fingers nor toes!’

Admittedly a fairly drastic intervention, but i had to keep them on the path leading to Galois descent… After a while we agreed on a map, which they called conjugation, sending sums to sums and products to products and taking a root of unity to its inverse.

Next, they asked me to be a bit flexible and allow for ‘generalized’ fields such as consisting of all elements fixed under conjugation! Clearly, the alien refused : ‘We’re not going on the slippery road called generalization, we’ve seen the havock this has caused in human-mathematics.’

It took them a while to realize they would never be able to sell me an $\mathbb{R}$-algebra $A$, but could perhaps try to sell me the complex algebra $B= A \otimes_{\mathbb{R}} \mathbb{C}$.

Alien : ‘But, how do i recognize one of your algebras? Do they have a special property i can check?’

Humans : ‘Yes, they have some map (which we know to be the map $a \otimes c \mapsto a \otimes \overline{c}$, but you cannot see it) sending sums to sums, products to products and extending conjugation on $\mathbb{C}$.’

Alien : ‘But if i take a basis for any of my algebras and apply conjugation to all its coordinates, then all my algebras have this property, not?’

Humans : ‘No, such maps are good for sums, but not always for products. For example, take $\mathbb{C}[x]/(x^2-c)$ for $c$ a complex-number not fixed under conjugation.’

Alien : ‘Point taken. But then, your algebras are just a subclass of my algebras, right?’

By now, the alien and humans agreed on a dictionary : what to humans is the $\mathbb{R}$-algebra $A$ is to the alien the complex algebra $B=A \otimes \mathbb{C}$ together with a map $\gamma_B : B \rightarrow B$ sending sums to sums, products to products and extending conjugation on $\mathbb{C}$ (the extra structure, that is the map $\gamma_B$ is called the ‘descent data’).

Phrased differently (the alien didn’t want to hear any of this) : there is an equivalence of categories between the category $\mathbb{R}-\mathsf{algebras}$ of commutative $\mathbb{R}$-algebras and the category $\gamma-\mathsf{algebras}$ consisting of complex commutative algebras $B$ together with a ringmorphism $\gamma_B$ extending complex conjugation and with morphisms $\mathbb{C}$-algebra morphisms compatible with the $\gamma$-structure.

Further, what to humans is the base-extension (or tensor) functor

After the break (yes, it took us that long to get here) we used this idea to invent rings living ‘under $\mathbb{Z}$’, or if you want, algebras over the field with one element $\mathbb{F}_1$.

Note to self : Dare to waste more time like this in a seminar. It may very well be the only thing they will still remember next year.