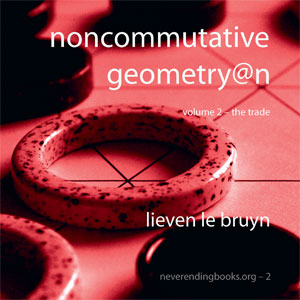 Half a year
ago, it all started with NeverEndingBooks in
which I set out a rather modest goal :

Why NeverEndingBooks
? We all complain about exaggerated prices of mathematical books from
certain publishers, poor quality of editing and refereeing offered, as
well as far too stringent book-contracts. Rather than lamenting about
this, NeverEndingBooks gives itself one year to learn (and report) about
the many aspects of the book-production cycle and to explore whether an
alternative exists. If at the end of this year we will have produced at
least one book this experiment will be considered a success. If,
however, we find out that it is an impossible task, we will explain
where it all went wrong and why it is better to stick to an established
PublishingHouse and accept its terms.

I assume we did
manage to do it after all as you may check by visiting our storefront :
www.lulu.com/neverendingbooks. However, it all turned out to be
quite different from what I had in mind half a year ago. So, perhaps
it’s time to recap.

Originally, I’d planned to partner-up
with the publisher-on-demand LightningSource but
in the process they did require a VAT-number. In Belgium, the safest
way to get one is to set up a non-profit organization (a VZW as we call
it). But then you have to write down your legal statutes, get them
published in the Moniteur
Belge (at a hefty price) but what really put me off was that you
have to set up a “board of directors” consisting of at least three
people. I don‚Äôt mind following a folly but if I have to involve others
I usually pass, so I abandoned the whole idea. Still, I couldn‚Äôt help
talking about the VAT-problem and at a certain time there was an idea to
revive a sleeping VZW (=non-profit organization) of the Belgian Mathematical Society, the _MaRC_ (MAthematical Research Centre), the
statutes of which allowed to become a publishing house. But, this
wouldn‚Äôt involve just two other people but the whole BMS so I decided
to forget all about it and have a short vacation in France together with
a few (former)PhD-students. 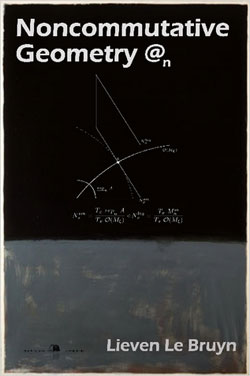 Given
plenty of sun, cheese and whine (not necessarily in that order) sooner
or later we had to talk about _the_ problem. For Raf it was the
first time he heard about it but when we realized I thought one could
easily publish books well under 25 dollars he was immediately interested
and insisted we should set up a board of directors and continue with the
plan. The different roles to play in the board were more or less
self-evident : I had to be the trasurer (given the fact that I was the
only with a secure, though small, income), Geert had to become chairman
(being the only one possessing suits), Raf would be secretary (being the
only one who could write better Flemish than English) and Jan or Stijn would do PR (as they
are the only ones having enough social skills). So, we went back willing
to go through the whole process (at least 3 months) of obtaining a
VAT-number.

But then Raf got so interested in the whole idea
that he explored other possibilities (I think he was more motivated by
the fact that his sister wanted to publish her thesis rather than
anything else) and came up with lulu.com. No legal hassle, no
VAT-numbers, nothing required (or so it seemed). Still, before risking
his sister‚Äôs thesis he wanted to check the service out and as it is a
lot easier to take a book lying around rather than write one yourself he
took my version 2 and published it at
Lulu’s (since then this version is nicknamed Rothko@n).

Although I gave him the permission to do so, it didn‚Äôt feel right
that people should pay even a small amount for a nicely bound unedited
version 2. So, the last month and a half I‚Äôve been editing and
partially rewriting version 2 and the two volumes are now available! Major changes
are to the 4 middle chapters. There is now chapter 3 “Etale
Technology” which contains all of the etale tricks scattered earlier
in two chapters, chapter 4 ‚”Quiver Representations” collects all the
quiver material (again, scattered throughout the previous version).
Chapter 5 ‚”Semisimple Representations” now includes recent material
such as Raf’s characterization of the smooth locus of Cayley-smooth
orders and our (together with Geert) classification of the central
singularities, and chapter 6 ‚”Nilpotent Representations” now
includes the material on Brauer-Severi varities which was in version 1
but somehow didnt make it to version 2 before.