Apologies to Joachim Roncin, the guy who invented the slogan “Je suis Charlie”, for this silly abuse of his logo: 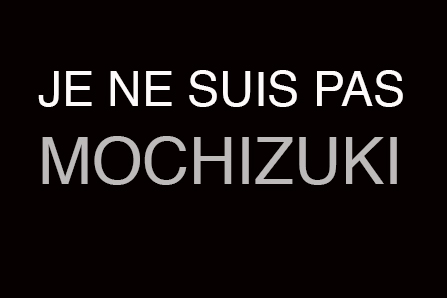 I had hoped the G+ post below of end december would have been the last I had to say on this (non)issue: (btw. embedded G+-post below, not visible in feeds)

– in august 2012, Shinichi Mochizuki finishes the fourth of his papers on ‘inter-universal Teichmuller theory’ (IUTeich for the aficianados), claiming to contain a proof of the ABC-conjecture.

– in may 2013, Caroline Chen publishes The Paradox of the Proof, summing up the initial reactions of the mathematical world:

“The problem, as many mathematicians were discovering when they flocked to Mochizuki’s website, was that the proof was impossible to read. The first paper, entitled “Inter-universal Teichmuller Theory I: Construction of Hodge Theaters,” starts out by stating that the goal is “to establish an arithmetic version of Teichmuller theory for number fields equipped with an elliptic curve…by applying the theory of semi-graphs of anabelioids, Frobenioids, the etale theta function, and log-shells.”

“Looking at it, you feel a bit like you might be reading a paper from the future, or from outer space,” wrote Ellenberg on his blog.
“It’s very, very weird,” says Columbia University professor Johan de Jong, who works in a related field of mathematics.”

– at the time i found these reactions premature. It often happens that the first version of a proof is not the most elegant or shortest, and i was hoping that Mochizuki would soon come up with a streamlined version, more accessible to people working in arithmetic geometry. I spend a couple of weeks going through “The geometry of Frobenioids 1” and recorded my stumbling progress (being a non-expert) on Google+.

– i was even silly enough to feed almost each and every one of Mochizuki papers to Wordle and paste the resulting Word-clouds into a “Je suis Mochizuki”-support clip. However, in the process I noticed a subtle shift from word-clouds containing established mathematical terms to clouds containing mostly self-defined terms:

In recent (comments to) Google+ posts, there seems to be a growing polarisation between believers and non-believers.

If you are a professional mathematician, you know all too well that the verification of a proof is a shared responsability of the author and the mathematical community. We all received a referee report once complaining that a certain proof was ‘unclear’ or even ‘opaque’?

The usual response to this is to rewrite the proof, make it crystal-clear, and resubmit it.

Few people would suggest the referee to spend a couple of years reading up on all their previous papers, and at the same time, complain to the editor that the referee is unqualified to deliver a verdict before (s)he has done so.

Mochizuki is one of these people.

His latest Progress Report reads more like a sectarian newsletter.

There’s no shortage of extremely clever people working in arithmetic geometry. Mochizuki should reach out to them and provide explanations in a language they are used to.

Let me give an example.

As far as i understand it, ‘Frobenioids 1’ is all about a categorification of Arakelov line bundles, not just over one particular number ring, but also over all its extensions, and the corresponding reconstruction result recovering the number ring from this category.

Such a one-line synopsis may help experts to either believe the result on the spot or to construct a counter-example. They do not have to wade through all of the 178 new definitions given in that paper.

Instead, all we are getting are these ‘one-line explanations’:

Is it just me, or is Mochizuki really sticking up his middle finger to the mathematical community.