Juan de Mairena linked in the comments to last post to a truly great retro-chess problem ! In the position below white is to play and mate in three! 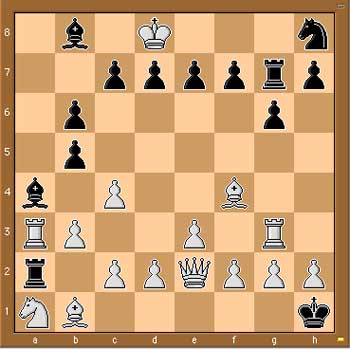 At first this seems wrong as there is an obvious mate in two : 1. Qe2-f1, Kh1xh2 2. Rg3-h3 The ingenious point being that black claims a draw after 1. Qe2-f1 invoking the 50 moves rule which states

I’d love to have the ‘official’ solution to this problem. Here’s what I’ve come up with, spending the better part of the afternoon… It will not be optimal but hopefully isn’t too far off. The crucial part is a maneuver unlocking the lower left-hand cluster of pieces (in particular the ordering of white and black rook). All captures were done with pawns and the final pawn move was b2-b3. Immediately before it the situation might look something like the situation on the left (essential is that the white king should not be too far from its home-square as he will be needed later to block the white rook) 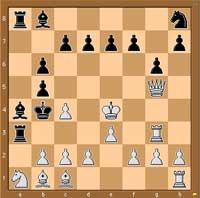 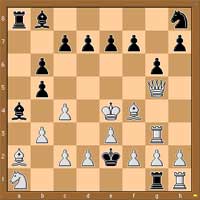 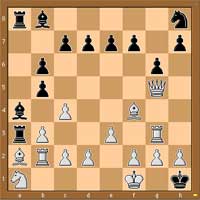 Perhaps there is a much simpler and more elegant solution, so if you know, please comment. Oh, btw. how is the original problem solved. Well white first cancels the 50-move rule by 1. Kd8xd7 to continue for example with 2. Rg3-g4, 3. Qe1