Doodles worth millions (or not)

Via PD1, who told me the story on her 23rd birthday, yesterday. 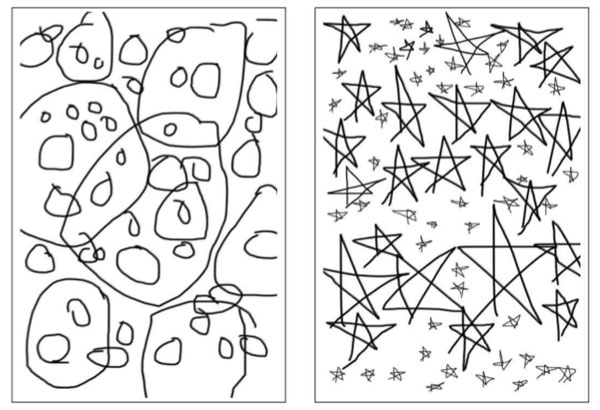 The story starts with Alex Matter, whose father, Herbert, and mother, Mercedes, were artists and friends of Jackson Pollock, famous for his drip-paintings. He discovered a group of small drip paintings in a storage locker in Wainscott, N.Y. which he believed to be authentic Pollocks, and if he is proved right, they would be worth millions of dollars. 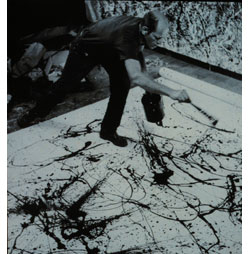 Usually such discoveries lead to heated debates among art-critics and Pollock-experts whether one finds proof to authenticate the paintings. Not this time. In steps a mathematician who claims that he can authenticate a Pollock drip-painting by calculating its fractal dimension (??!!)… and claims that these drippings cannot be Pollocks because their dimension is too small… LOL!

This madmatician is Richard Taylor from the University of Oregon in Corvallis.

Taylor took a digital image of a Pollock painting into his lab, broke the image into its separate colors, and computed the fractal dimension of the lines in each color. Each time, he got a number between 1 and 2, confirming his notion that Pollock’s paintings are fractal. “Rather than mimicking nature,” Taylor says, Pollock “adopted its language of fractals to build his own patterns.”

His paper on this “Authenticating Pollock Paintings Using Fractal Geometry” can be found here. Luckily, the story doesn’t end here. In steps a graduate student in astrophysics at Case Western, Katherine Jones-Smith who had to give a seminar talk to her fellow students.

“I was sort of bored with particle astrophysics,” Jones-Smith says, so she looked around for something different. She came across an account of Taylor’s work, and “it sounded really cool,” she recalls.

“The obvious check to me was to make sure that not any old scribble would appear to be fractal,” she says. “So, I made some scribbles.” Much to her surprise, when she computed the fractal dimension of her scribbles, they turned out to be greater than 1.

Recently, she arXived her findings in the paper Drip Paintings and Fractal Analysis from which the above doodles are taken, called appropriately “Gross pebbles” and “Mixed stars”.

When Katherine Jones-Smith made some doodles on a page “”pretty ugly” ones, she says”she found that they shared the qualities of a Pollock, according to an analysis that follows Taylor’s approach. “Either Taylor is wrong, or Kate’s drawings are worth $40 million,” says Jones-Smith’s collaborator Harsh Mathur. “We’d be happy either way.“

More on this hilarious story can be found in this science news article, this New-York times story or the Pollocks-bollocks blog entry over at biophemera.