We were pretty close once. It is a shock to read about her passing on Twitter.

EWM mourns Christine Bessenrodt, who passed away on January 24 after a serious illness. Christine held the Chair of Algebra and Number Theory at The University of Hannover and she worked in many ways to promote equality for women mathematicians. pic.twitter.com/7WiJGEJ6dj

I met Christine in the late 80ties at some representation meeting in Oberwolfach. Christine was a regular at such meetings, being in the Michler-clique from Essen. I don’t recall why I was invited.

We had a fun time, and had a sneaky plan to be invited more regularly to the same conferences. All we had to do was to prove a good result, together…

Easier said than done. Christine’s field was modular representation theory (over $\overline{\mathbb{F}_p}$), and I was interested in the geometry of quiver moduli-spaces (over $\mathbb{C}$).

The next year I ran a post-graduate course on rationality problems and emailed the notes weekly to Christine. After all, results of Lenstra, Colliot-Thelene and Sansuc reduced the problem of (stable) rationality of algebraic tori to integral representation theory, a half-way meeting ground for both of us.

Around that time, our youngest daughter was born, and Christine graciously accepted to be her godmother.
Over the next years, she and Klaus visited us in Antwerp and we week-ended in their brand new house in the outskirts of Duisburg, close to a lake. 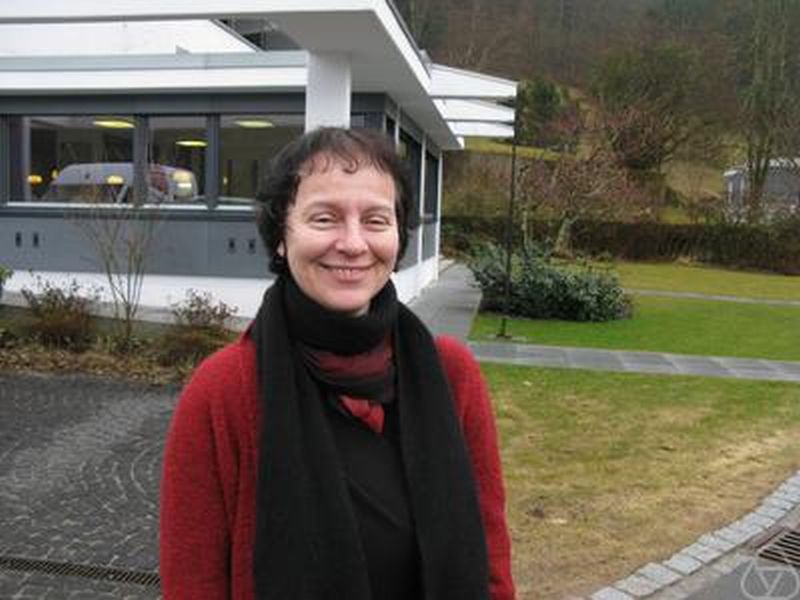 Christine and I were working on the rationality problem for matrix invariants.

A sufficiently general $n \times n$ matrix is diagonalisable and is therefore determined, up to conjugacy, by $n$ free parameters (the eigenvalues), so the corresponding quotient-variety is rational.

Now consider couples of $n \times n$ matrices under simultaneous conjugation. In the mid 80ties, Formanek proved rationality for $n=3$ and $n=4$, by using the theory of algebraic tori, and that was about all that was known.

We were able to reduce the question of stable rationality for $n=5$ and $n=7$ to modular representation theory, after which Christine performed her magic to crack the problem. The paper appeared a year later in Inventiones.

Thirty years later, it is still the best result on rationality of matrix invariants.

So, we had our joint result, but its intended use never happened, and our contacts gradually watered down as our mathematical interests again diverged.

My thoughts go out to Klaus and all her loved ones.