If Chad Orzel is able to teach quantum theory to his dog, surely it must be possible to explain schemes, stacks, toposes and motives to hipsters?

Perhaps an idea for a series of posts?

It’s early days yet. So far, I’ve only added the tag sga4hipsters (pun intended) and googled around for ‘real-life’ applications of sheaves, cohomology, and worse.

Sooner or later one ends up at David Spivak’s MIT-webpage.

There’s also this hilarious abstract, reproduced below, of a talk he gave in 2007 at many cheerful facts.

If this guy ever decides to write a novel, I’ll pre-order it on the spot. 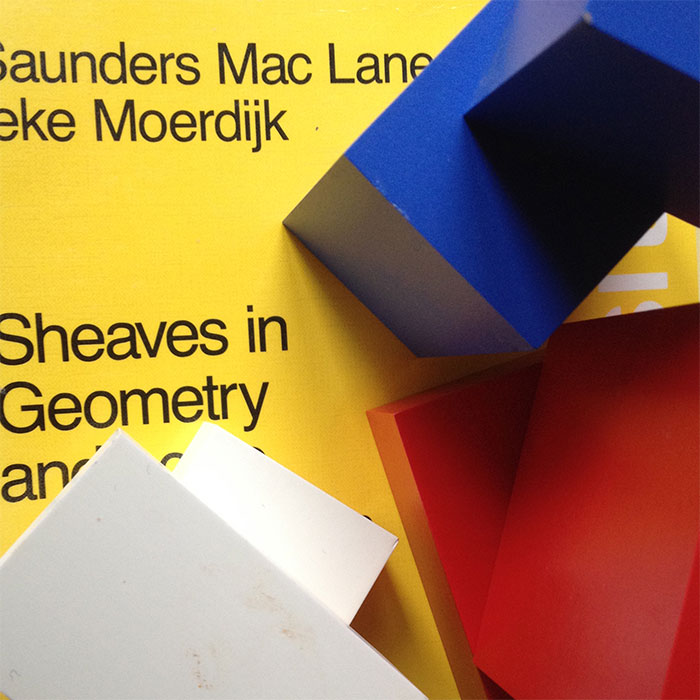 Presheaf, the cobbler.
by David Spivak

Whether it be sorting their blocks according to color, gluing a pair of googly eyes and a pipe-cleaner onto a piece of yellow construction paper, or simply eating a peanut butter sandwich, colimits play a huge role in their lives.

But what happens when their category doesn’t have enough colimits?

In today’s ”ownership” society, what usually happens is that the parents upgrade their child’s category to a Presheaf category. Then the child can cobble together crazy constructions to his heart’s content.

Sometimes, a kid comes up to you with an FM radio she built out of tinkertoys, and says
”look what I made! I call it ’182 transisters, 11 diodes, 6 plastic walls, 3 knobs,…’”

They seem to go on about the damn thing forever.

Luckily, Grothendieck put a stop to this madness.

He used to say to them, ever so gently, ”I’m sorry, kid. I’m really proud of you for making this ’182 transistors’ thing, but I’m afraid it already has a name. It’s called a radio.

And thus Grothendieck apologies were born.

In this talk, I will teach you to build a radio (that really works!) using only a category of presheaves, and then I will tell you about the patent-police, known as Grothendieck topologies.

God willing, I will get through SGA 4 and Lurie’s book on Higher Topos Theory.”

The published version, available from Amazon.