Charlie Hebdo, the French satirical weekly newspaper, victim of a terroristic raid in 2015, celebrates the 30th anniversary of its restart in 1992 (it appeared earlier from 1969 till 1981).

“A Fields Medal winner, ecology pioneer and hermit, he threw honours, money and his career away to defend his ideas.” 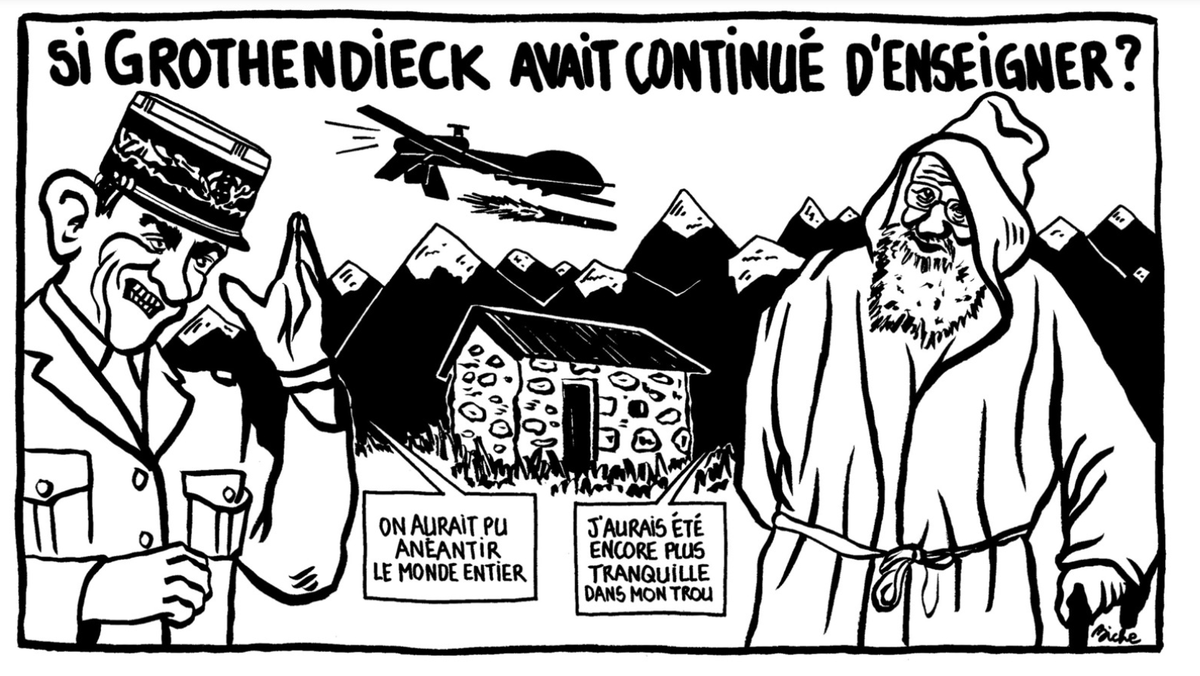 If you want to learn something about Grothendieck’s life and work, you’d better read the Wikipedia entry than this article.

Some of the later paragraphs are even debatable:

“But at the end of his life, total derailment, he gets lost in the meanders of madness. Is it the effect of desperation? of too much freedom? or the abuse of logic (madness is not uncommon among mathematicians, from Kürt Godel to Grigori Perelman…)? The rebel genius withdraws to a village in the Pyrenees and refuses all contact with the outside world.”

“However, he silently continues to do math. Upon his death in 2014, thousands of pages will be discovered, of which the mathematician Michel Demazure estimates that “it will take fifty years to transform [them] into accessible mathematics”.”