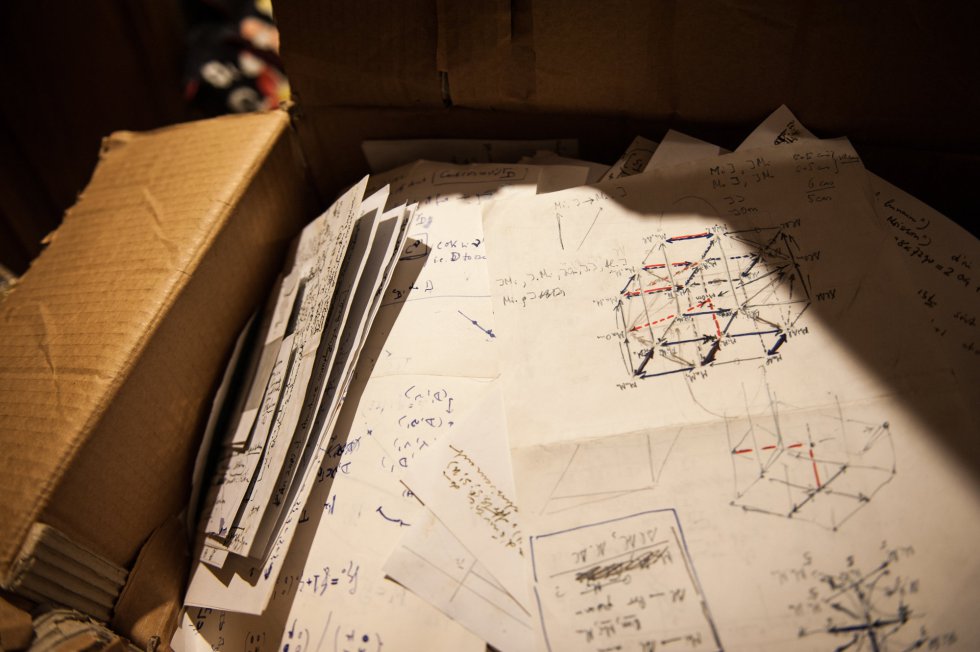 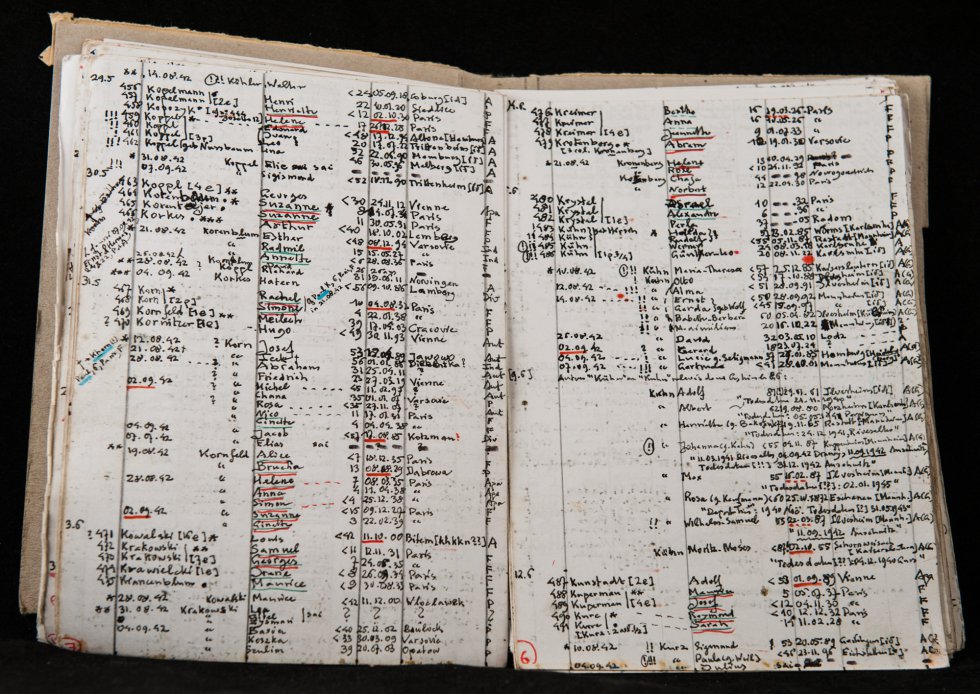 Grothendieck, at the theatre 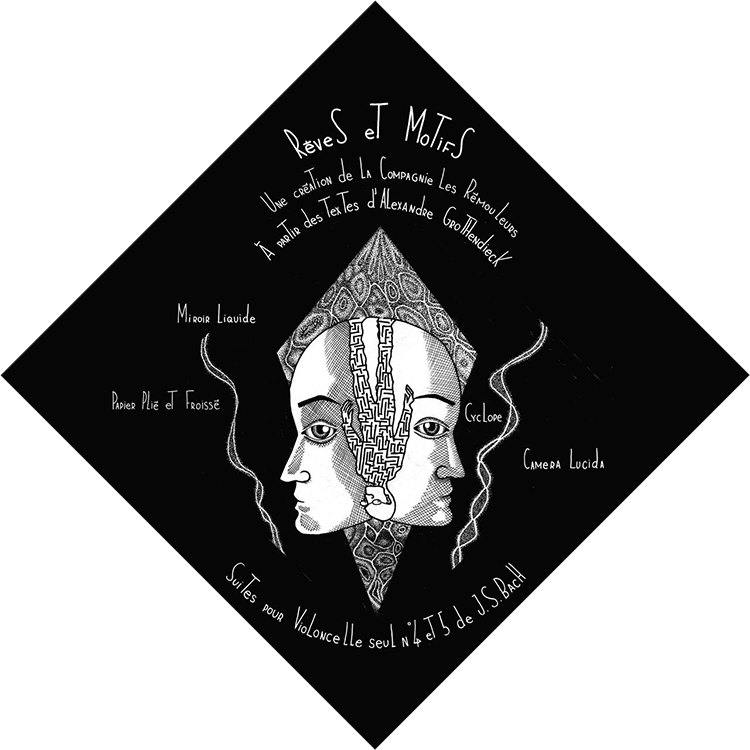 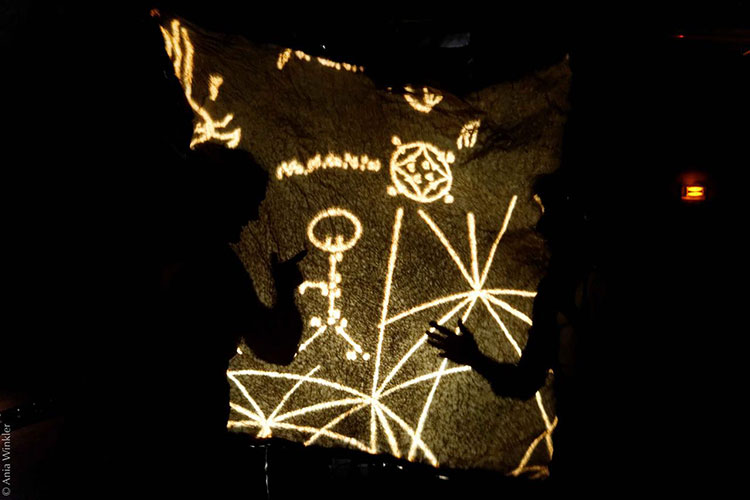 a morning in the mountains 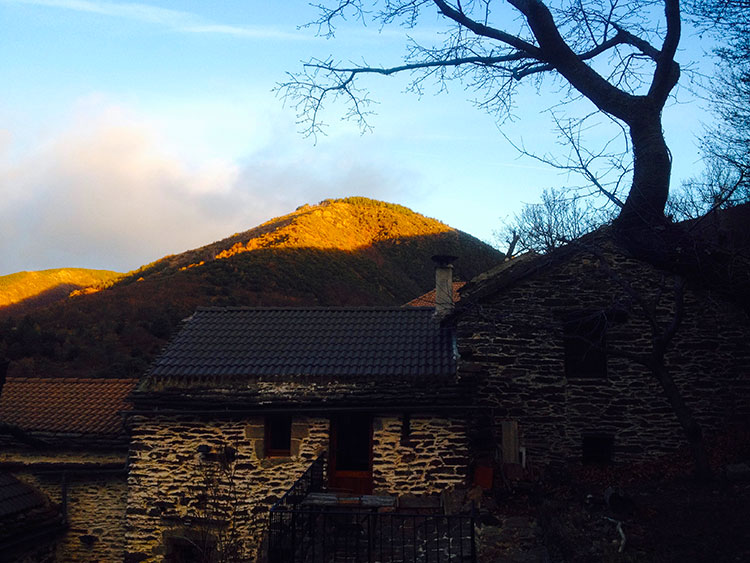 For mornings like this I happily drive a day to be here.

It took us some time to clear the array of old chestnut trees.

But it paid off. A good harvest easily gives half a ton of chestnuts, including some rare, older varieties.

In the autumn, the coloured leaves make a spectacular view. Now it looks rather desolate.

But, the wind piles up the fallen leaves in every nook, cranny, corner or entrance possible.

My day in the mountains: ‘harvesting’ fallen leaves…

Some weeks ago I did register to be a participant of NaNoWriMo 2016. It’s a belated new-year’s resolution.

she didn’t really expect an answer (for decades my generic reply has been: “I’m not into that kinda nonsense”)

(Me) Not really, I hope to write a book for a larger audience.

If you don’t know what NaNoWriMo is all about: the idea is to write a “book” (more like a ‘shitty first draft’ of half a book) consisting of 50.000 words in November.

We’re 5 days into the challenge, and I haven’t written a single word…

Part of the problem is that I’m in the French mountains, and believe me, there always more urgent or fun things to do here than to find a place of my own and start writing.

A more fundamental problem is that I cannot choose between possible book-projects.

Here’s one I will definitely not pursue:

“A group of hackers uses a weapon of Math destruction to convince Parisian police that a terrorist attack is imminent in the 6th arrondissement. By a cunning strategy they are then able to enter the police station and get to the white building behind it to obtain some of Grothendieck’s writings.

Bi-annual conferences are organised around the globe aimed at understanding this weird new theory, etc. etc. (you get the general idea).

The papers are believed to have resulted from the Grothendieck heist. But then, similar raids are carried out in Princeton and in Cambridge UK and a sinister plan emerges… “

Funny as it may be to (ab)use a story to comment on the current state of affairs in mathematics, I’m not known to be the world’s most entertaining story teller, so I’d better leave the subject of math-thrillers to others.

The idea is to hunt down places in Paris and in the rest of France which were important to Bourbaki, from his birth in 1934 until his death in 1968.

This should lead to some nice Parisian walks (in and around the fifth arrondissement) and a couple of car-journeys through la France profonde.

Of course, also some of the posts I wrote on possible solutions of the riddles contained in Bourbaki’s wedding announcement and the avis de deces will be included.

Here the advantage is that I have already a good part of the raw material. Of course it still has to be followed up by in-situ research, unless I want to turn it into a ‘virtual math traveler ’s guide’ so that anyone can check out the places on G-maps rather than having to go to France.

I’m still undecided about this project. Is there a potential readership for this? Is it worth the effort? Can’t it wait until I retire and will spend even more time in France?

Here’s yet another idea:

This is just a working title, others are “the shape of prime numbers”, or “schemes for hipsters”, or “toposes for fashionistas”, or …

This should be a work-out of the sga4hipsters meme. Is it really possible to explain schemes, stacks, Grothendieck topologies and toposes to a ‘general’ public?

At the moment I’m re-reading Eugenia Cheng’s “Cakes, custard and category theory”. As much as I admire her fluent writing style it is difficult for me to believe that someone who didn’t knew the basics of it before would get an adequate understanding of category theory after reading it.

It is often frustrating how few of mathematics there is in most popular maths books. Can’t one do better? Or is it just inherent in the format? Can one write a Cheng-style book replacing the recipes by more mathematics?

The tentative working title is based on a trial text I wrote trying to explain Yoneda’s lemma by taking a subway-network as an example of a category. I’m thinking along similar lines to explain topological spaces via urban-wide wifi-networks, and so on.

But al this is just the beginning. I’ll consider this a success only if I can get as far as explaining the analogy between prime numbers and knots via etale fundamental groups…

If doable, I have no doubt it will be time well invested. My main problem here is finding an appropriate ‘voice’.

At first I wanted to go along with the hipster-gimmick and even learned some the appropriate lingo (you know, deck, fin, liquid etc.) but I don’t think it will work for me, and besides it would restrict the potential readers.

Then, I thought of writing it as a series of children’s stories. It might be fun to try to explain SGA4 to a (as yet virtual) grandchild. A bit like David Spivak’s short but funny text “Presheaf the cobbler”.

Once again, all suggestions or advice are welcome, either as a comment here or privately over email.

Perhaps, I’ll keep you informed while stumbling along NaNoWriMo.