The papers by Liliane Beaulieu on the history of the Bourbaki-group are genuine treasure troves of good stories. Though I’m mostly interested in the pre-war period, some tidbits are just too good not to use somewhere, sometime, such as here on a lazy friday afternoon … 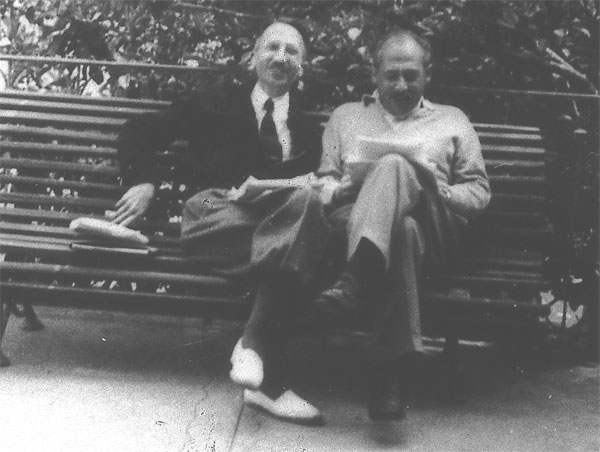 In her paper Bourbaki’s art of memory she briefly mentions these two pearls of wisdom from the jolly couple Henri Cartan (left) and Sammy Eilenberg (right) in relation to their seminal book Homological Algebra (1956).

Brigitte Bardot and the Hom-Tensor relation 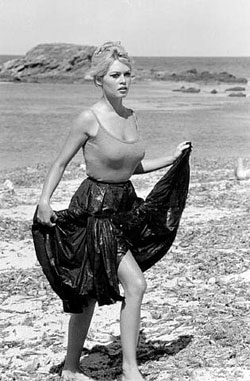 For the youngsters among you, Brigitte Bardot, or merely B.B., was an iconic French actress and sex-goddess par excellence in the 60ties and 70ties. She started her acting career in 1952 and became world famous for her role in Et Dieu… créa la femme from 1956, the very same year Cartan-Eilenberg was first published.

The tensor-hom adjunction in homological algebra (see II.5.2 of Cartan-Eilenberg for the original version) asserts that

Surely no two topics can be farther apart than these two? Well not quite, Beaulieu writes :

“After reading a suggestive movie magazine, Cartan tried to show the formula

in which “B. B.” are the initials of famous French actress and 1950s sex symbol Brigitte Bardot and “Hom” (pronounced ‘om as in homme, the French word for man) designates, in mathematics, the homomorphisms – a special kind of mapping – of one set into another.” 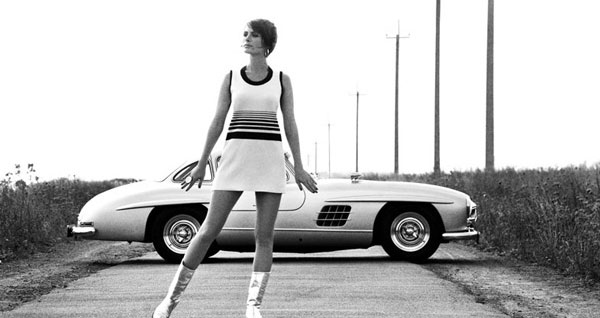 I’d love to say that the miniskirt had a similar effect on our guys and led to the discovery of spectral sequences, but then such skirts made their appearance on the streets only in the 60ties, well after the release of Cartan-Eilenberg. Besides, spectral sequences were introduced by Jean Leray, as far back as 1945.

Still, there’s this Bourbaki quote : “The spectral sequence is like the mini-skirt; it shows what is interesting while hiding the essential.”