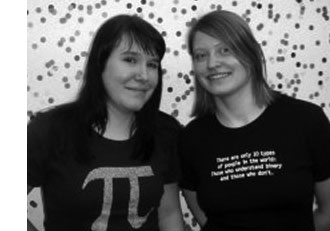 Of course, excellent math-blogs exist in every language imaginable, but my linguistic limitations restrict me to the ones written in English, French, German and … Dutch. Here a few links to Dutch (or rather, Flemish) math-blogs, in order of proximity :
Stijn Symens blog, Rudy Penne’s wiskunde is sexy (math is sexy), Koen Vervloesem’s QED.

My favorite one is wiskundemeisjes (‘math-chicks’ or ‘math-girls’), written by Ionica Smeets and Jeanine Daems, two reasearchers at Leiden University. Every month they have a post called “the favorite (living) mathematician of …” in which they ask someone to nominate and introduce his/her favorite colleague mathematician. Here some examples : Roger Penrose chooses Michael Atiyah, Robbert Dijkgraaf chooses Maxim Kontsevich, Frans Oort chooses David Mumford, Gunther Cornelissen chooses Yuri I. Manin, Hendrik Lenstra chooses Bjorn Poonen, etc. the full list is here or here. This series deserves a wider audience. Perhaps Ionica and Jeanine might consider translating some of these posts?

I’m certain their English is far better than mine, so here’s a feeble attempt to translate the one post in their series they consider a complete failure (it isn’t even listed in the category). Two reasons for me to do so : it features Matilde Marcolli (one of my own favorite living mathematicians) and Matilde expresses here very clearly my own take on popular-math books/blogs.

The original post was written by Ionica and was called Weg met de ‘favoriete wiskundige van…’ : 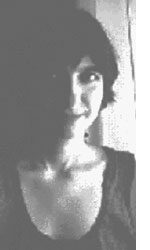 “This week I did spend much of my time at the Fifth European Mathematical Congress in Amsterdam. Several mathematicians suggested I should have a chat with Matilde Marcolli, one of the plenary speakers. It seemed like a nice idea to ask her about her favorite (still living) mathematician, for our series.

Marcolli explained why she couldn’t answer this question : she has favorite mathematical ideas, but it doesn’t interest her one bit who discovered or proved them. And, there are mathematicians she likes, but that’s because she finds them interesting as human beings, independent of their mathematical achievements.

In addition, she thinks it’s a mistake to focus science too much on the persons. Scientific ideas should play the main role, not the scientists themselves. To her it is important to remember that many results are the combined effort of several people, that science doesn’t evolve around personalities and that scientific ideas are accessible to anyone.

Marcolli also dislikes the current trend in popular science writing: “I am completely unable to read popular-scientific books. As soon as they start telling anecdotes and stories, I throw away the book. I don’t care about their lives, I care about the real stuff.”

She’d love to read a popular science-book containing only ideas. She regrets that most of these books restrict to story-telling, but fail to disseminate the scientific ideas.”

Ionica then goes on to defend her own approach to science-popularization :

“… Probably, people will not know much about Galois-theory by reading about his turbulent life. Still, I can imagine people to become interested in ‘the real stuff’ after reading his biography, and, in this manner they will read some mathematics they wouldn’t have known to exist otherwise. But, Marcolli got me thinking, for it is true that almost all popular science-books focus on anecdotes rather than science itself. Is this wrong? For instance, do you want to see more mathematics here? I’m curious to hear your opinion on this.”

Even though my own approach is somewhat different, Ionica and Jeanine you’re doing an excellent job: “houden zo!”