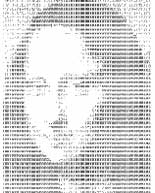 To
a large extent mathematics has to do with elaborate typography. Many
youngsters have been attracted over the centuries to maths because they
wanted to understand the meaning of these beautiful pages filled with
integrals, partial derivatives and other bizarre hieroglyphs. But now we
have come to the point that this obsession for symbols is working
against mathematics…
Have you ever wondered why there are so
few mathematics-pages on the net compared to computer-science pages
(apart from the fact that a lot more exiting things are happening in
web-technology these days than in mathematics), why forums dedicated to
math-problems never get off the ground (apart from boring housework
sites) or why it is so seldom that you discuss serious math with
colleagues or students via emails (apart from the fact that more and
more mathematicians seem to turn off their sharing mode) ???
One of the reasons might be that our default way of writing and
communicating math (LaTeX) is incompatible with either HTML or email
(and for those of you who think that LaTeX2HTML or
tth or similar programs offer an alternative, just
try to make an attractive looking website with them and prove me
wrong).
If we want mathematics to survive and flourish (and
whether you like it or not that may depend heavily on its
web-visibility) it is high time to develop some
ascii-math, that is, a way to write mathematical formulas in
plain typewriter symbols. This cannot be totally impossible as
programming languages are capable of defining a large number of
complicated objects with ascii and for those of you who discard the idea
on beauty-reasons, I never found a piece of code in a computer
book particularly ugly.
Of course I realise that not too many
people will be willing to make this paradigm-shift right now, but can we
at least ask of people introducing new symbols to add as an appendix to
their paper a suggestion for the transition to ascii-symbols for
those who value the net and/or sharing more than they do. Thank
you!