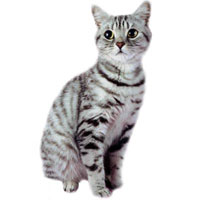 It is known that all 2-dimensional tori are rational. In particular, this means that we can write down maps defined by rational functions (fractions of polynomials) $f~:~T_6 \rightarrow \mathbb{F}_p \times \mathbb{F}_p $ and $j~:~\mathbb{F}_p \times \mathbb{F}_p \rightarrow T_6 $ which define a bijection between the points where f and j are defined (that is, possibly excluding zeroes of polynomials appearing in denumerators in the definition of the maps f or j). But then, we can use to map f to represent ‘most’ elements of $T_6 $ by just 2 pits, exactly as in the XTR-system.

Making the rational maps f and j explicit and checking where they are ill-defined is precisely what Karl Rubin and Alice Silverberg did in their CEILIDH-system. The acronym CEILIDH (which they like us to pronounce as ‘cayley’) stands for Compact Efficient Improves on LUC, Improves on Diffie-Hellman…

A Cailidh is a Scots Gaelic word meaning ‘visit’ and stands for a ‘traditional Scottish gathering’.

Between 1997 and 2001 the Scottish ceilidh grew in popularity again amongst youths. Since then a subculture in some Scottish cities has evolved where some people attend ceilidhs on a regular basis and at the ceilidh they find out from the other dancers when and where the next ceilidh will be.
Privately organised ceilidhs are now extremely common, where bands are hired, usually for evening entertainment for a wedding, birthday party or other celebratory event. These bands vary in size, although are commonly made up of between 2 and 6 players. The appeal of the Scottish ceilidh is by no means limited to the younger generation, and dances vary in speed and complexity in order to accommodate most age groups and levels of ability.

But, where’s the cat in all of this? Unfortunately, the cat is dead…