If you Googled this number a week ago, all you’d get were links to the paper by Melanie Wood Belyi-extending maps and the Galois action on dessins d’enfants.

In this paper she says she can separate two dessins d’enfants (which couldn’t be separated by other Galois invariants) via the order of the monodromy group of the inflated dessins by a certain degree six Belyi-extender. 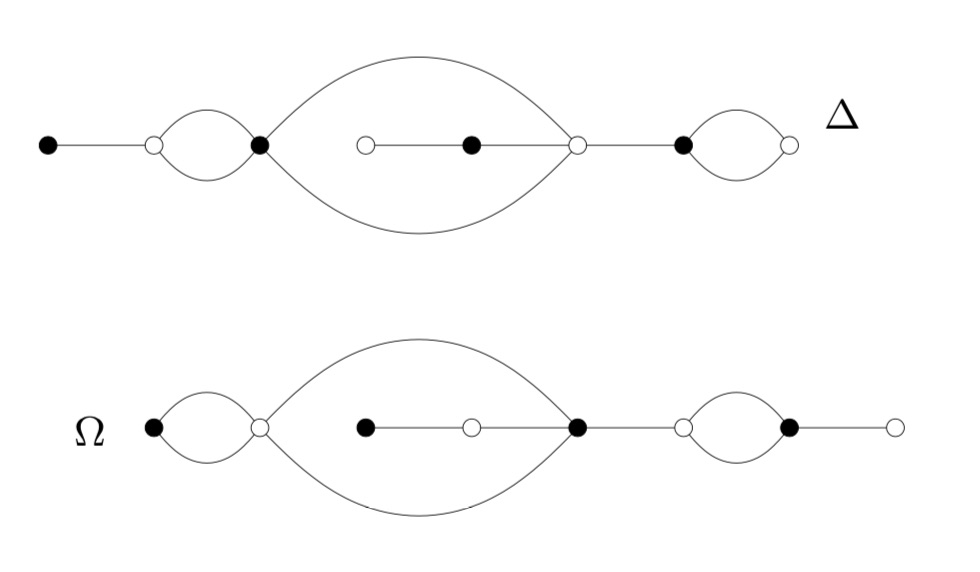 After that post I redid the computations a number of times (as well as for other Belyi-extenders) and always find that these orders are the same for both dessins.

And, surprisingly, each time the same numbers keep popping up.

For example, if you take the Belyi-extender $t^6$ (power-map) then it is pretty easy to work out the generators of the monodromy group of the extended dessin.

Based on these limited calculations, it seems to be that the order of the monodromy group of the extended dessin only depends on the degree of the extender, and not on its precise form.

I’d hazard a (probably far too optimistic) conjecture that the order of the monodromy groups of a dessin $\Gamma$ and the extended dessin $\gamma(\Gamma)$ for a Belyi-extender $\gamma$ of degree $d$ are related via
\[
\# M(\gamma(\Gamma)) = d \times (\# M(\Gamma))^d \]
(or twice that number), except for trivial settings such as power-maps extending stars.

Edit (august 19): In the comments Dominic shows that in “most” cases the monodromy group of $\gamma(\Gamma)$ should be the wreath product on the monodromy groups of $\gamma$ and $\Gamma$ which has order
\[
\# M(\Gamma)^d \times \# M(\gamma) \]
which fits in with the few calculations i did.

As much as i like the Belyi-extender idea to construct new Galois invariants, i fear it’s a dead end. (Always glad to be proven wrong!)